Pocket Science - a nursery for giant sharks, and why mum's voice is a good as a hug

Not Exactly Pocket Science is a set of shorter write-ups on new stories with links to more detailed takes by the world’s best journalists and bloggers. It is meant to complement the usual fare of detailed pieces that are typical for this blog. 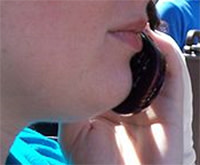 Mum’s voice as good as a hug For many children facing times of stress and worry, there are few things more soothing than a hug or a kind word from mum. Peer into a child’s bloodstream, and you can see this comforting effect manifesting itself at in the molecules that pass by. A simple hug can release hormones that combat stress and strengthen the bond between parent and child but according to a new study, this effect can happen without any contact. The mere sound of a mother’s voice, channelled down a phone line, can trigger the same biochemical changes in a distressed child. Leslie Seltzer from the University of Wisconsin-Madison asked 61 girls, aged 7-12, to complete a series of exercises involving public speaking and maths challenges, all done in front of an audience. Even many adults would find this stressful and the children were no different. Their saliva betrayed higher levels of the stress hormone cortisol. If mum stepped in, these levels were back to normal within an hour, regardless of whether she was allowed to hug her child or merely to speak to her down the line. Either way, the comforted children also showed raised levels of oxytocin, a hormonal jack-of-all-traders with roles in solidifying social bonds, controlling stress and even, it’s said, love and trust. Studies in mice have suggested that only touch can release oxytocin, but Seltzer’s work suggests that in humans, a voice can have the same effect. A gentle word from human creates the biochemical equivalent of a supportive nuzzle from a mouse. So far, Seltzer has only looked at communication between mothers and young daughters. It will be interesting to see if a comforting voice can have the same effect on boys or adults, or if it’s delivered by a father, a friend or even a sympathetic stranger. Reference: Proc Roy Soc B http://dx.doi.org/10.1098/rspb.2010.0567A nursery for Megalodon, the world’s largest shark Megalodon was the largest shark of all time: 16 metres in length, 50-100 tonnes in weight, and possessing the strongest bite of any animal. But like every other animal, Megalodon grew from humble and vulnerable beginnings. A new set of fossil teeth suggest that it used a strategy that its living relatives share – baby sharks huddled in shallow waters where they found not only ample food, but also shelter from predators (including, mostly, other sharks). Today, a set of 21 teeth recovered from Panama’s Gatun formation have revealed the clearest evidence yet that the world’s greatest shark used such a nursery. Catalina Pimiento from the University of Florida uncovered the teeth and confidently classified them as Megalodon chompers based on their shape. However, all of them were surprisingly small. They compared the teeth to other Megalodon specimens from younger and older rock formations to show that the animal wasn’t evolving towards a smaller size as the millennia ticked past. They compared the individual teeth to full sets to make sure that they weren’t just looking at the smaller rear teeth from larger sharks. Instead, Pimiento says that the teeth belonged to juvenile sharks. Using a model based on great whites, she estimated the length of each tooth’s owner, and found that they fell within the length estimates for juvenile sharks. Even as a newborn, Megalodon could have reached 2 metres in length. That’s still pretty sizeable, but small enough to make a meal for other mega-sharks, including the great hammerhead, the snaggletooth and other adult Megalodons. Today, other sharks including Megalodon’s closest relative, the great white, uses similar nurseries, where pregnant females swim in the company of newborns, who stay there for their first weeks, months or years of life. It’s a strategy that has apparently been around for at least 10 million years. 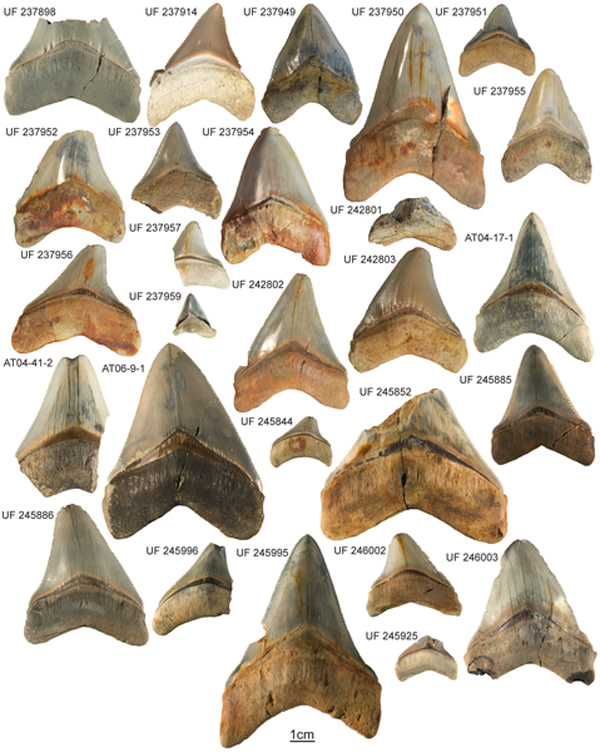 More from Brian Switek at Laelaps