Plants Have Slow Sex in Space 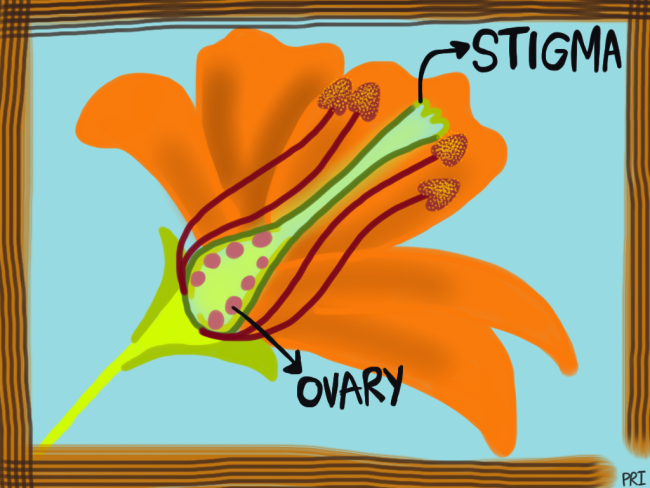 A new studyon plant reproduction finds that developing cells are very affected by altered states of gravity---a finding that has implications for our hopes for a future human society in space.

In order for plants to have sex, a pollen grain first lands on a stigma (the female part of a flowering plant.) Following a chemical come-hither signal from the stigma, the pollen grain grows a pollen tube, a tunnel for sperm cells to travel down to reach the egg for fertilization. Pollen tubes are the fastest growing cells in the plant kingdom. The pollen tube was used as a model system for a recent study on the effects of altered gravity on plant reproduction because a response in the pollen tube takes a matter of mere seconds. 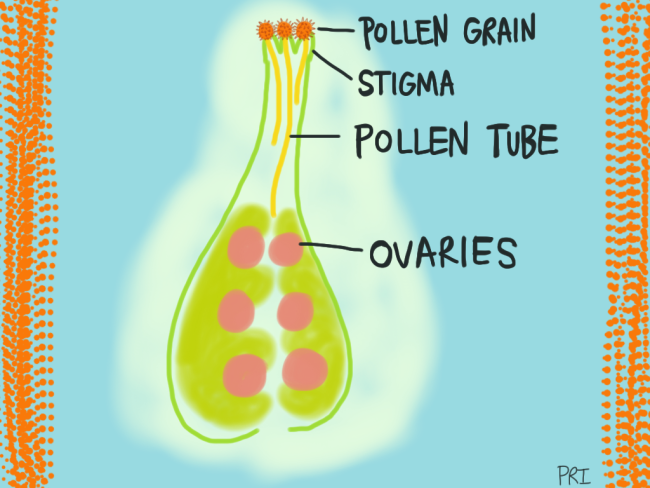 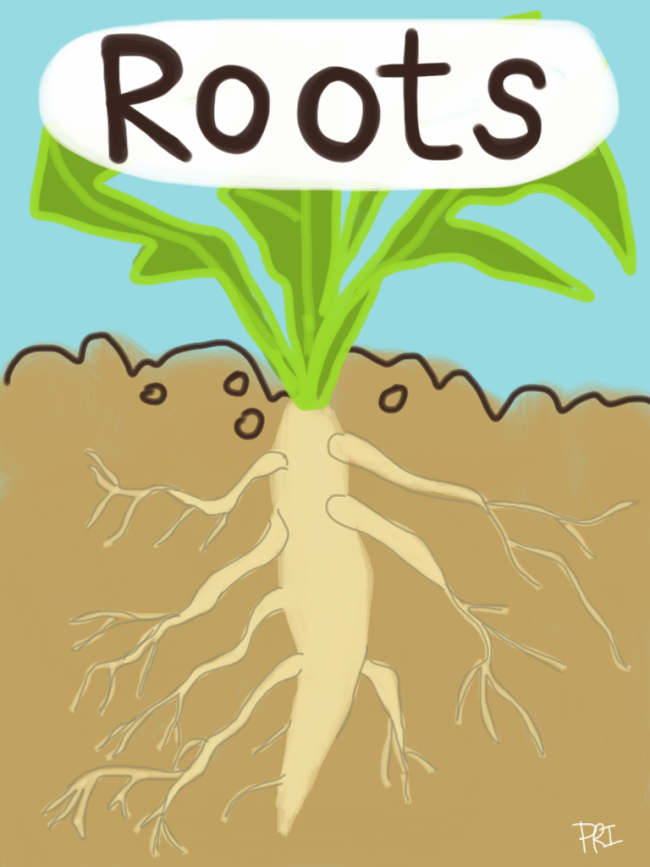 Plants have the ability to sense gravity. There are specialized parts of some cells called statoliths, which occur, for instance, in plant root cells, which need to know which direction to travel---in this case, down into the ground. The cell senses gravity, and changes its behavior accordingly. Pollen tubes don’t have statoliths and they don’t sense gravity. A pollen tube is on a mission to find and germinate an egg; if it were primarily concerned with responding gravity, that mission would be thwarted. The pollen tube grows in the direction of the egg, and it takes its cues from the egg’s chemical signals. This means that any impact of gravity on a pollen tube is due to the actual effects of gravitational force on weight-bearing loads in nature. 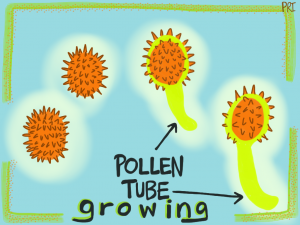 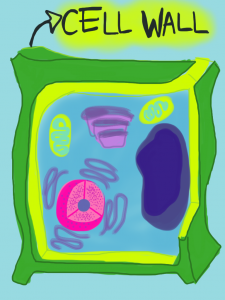 . But researchers wanted to understand the effect that altered states of gravity would have on a plant cell that doesn’t have statoliths. They exposed pollen tubes to two states of gravity: the first was 20 times the gravity of earth, the second, a stimulation of the lack of gravity in space.What they found is that plants in microgravity grew smaller pollen tubes: their diameters were 8 percent smaller than those grown at Earth gravity. At five times Earth's gravity, the tubes were 8 percent wider, and at 20 times Earth's gravity, they were 38 percent wider.This is because the assembly of cell walls was disrupted in microgravity, leading to a reduced growth rate. As a result, the germination rates were much lower in the lesser-gravity states, the researchers reported

The findings are important for all kinds of reproduction in space. Cells' internal transport is important in humans as well, particularly in the development of long neurons. If neurons can’t form properly, will we be able to grow babies of our kind with working brains in space one day? If plants can’t properly reproduce in altered gravity, will we be able to pull off agriculture in space?