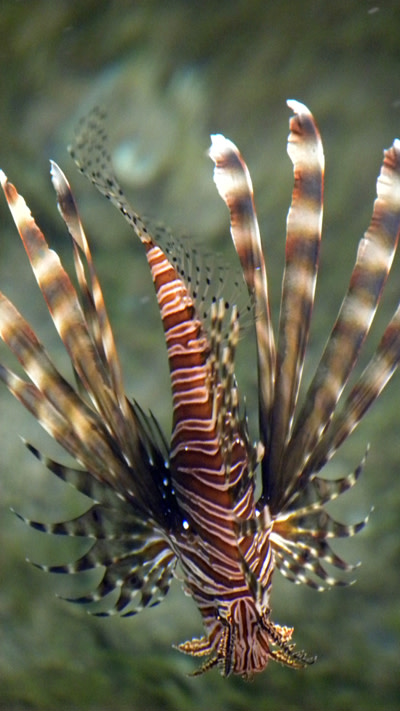 I've just come back from a week holiday in Jordan, culminating in a few nights at Aqaba, a town bordering the Red Sea. On the first night, my wife and I walked to the jetty of our hotel and spent a glorious half-hour dangling our feet over the edge, toes tickling the water. There was a school of small fish milling about the water beneath us but after about 15 minutes, a handful of them would periodically jump out of the water. They all seemed to be jumping in the same direction, and I suspected that a predator was behind it. Following the direction of the fish, we saw a small red blob in the water. The light wasn't good enough to make a confident identification but the combination of size, shape and colour, and the fact that it was a very slow-moving predator screamed out "lionfish" to me. Two days later, we went back to the jetty at sunset and saw the same school of fish being stalked by the same predator but, this time, in plentiful light. It was clearly a lionfish, and these photos were taken from the jetty looking downwards, hence the ripple distortions. Nonetheless, the water was clear and still enough to take some pretty cool snaps. In the one below, you can clearly see the small fish keeping their distance from the predator. 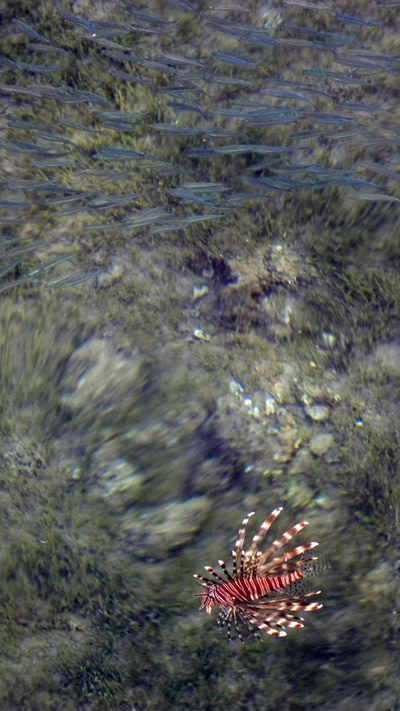 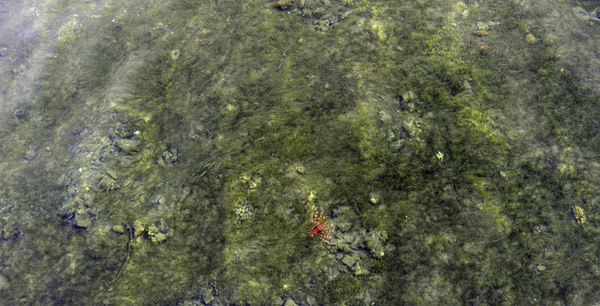 Those beautiful fins aren't just for show - those on the back are sharp and tipped with a very powerful venom. I'm just glad we didn't dive into the water straight on top of it. 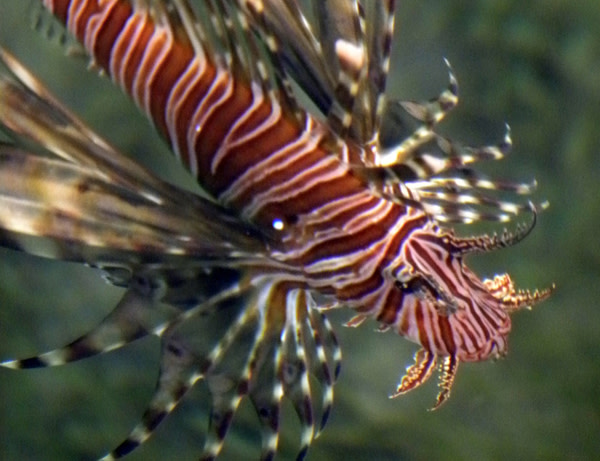 And then there were two. As a final treat, a second fish turned up, which I take to be a different species of lionfish. By this point, the water was getting choppier and this is the least distorted shot I could take of the two fish, practically on top of one another. If anyone can identify the exact species, I'd be grateful. 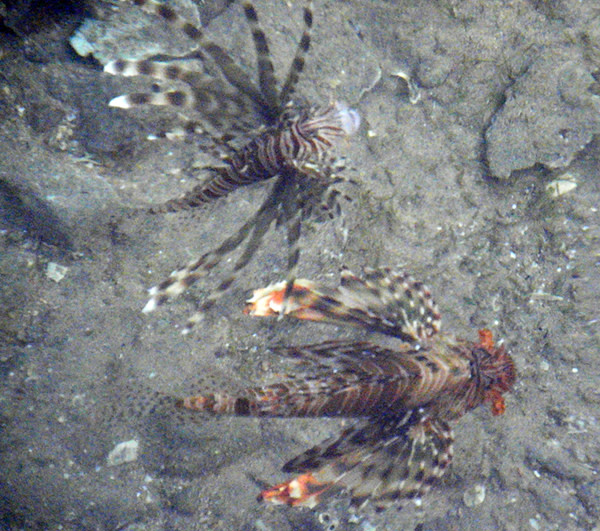