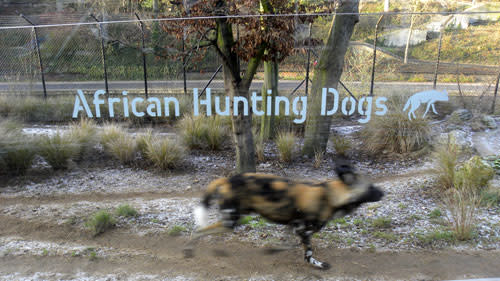 This, sadly, isn't part of the South African series. We weren't quite lucky enough to see any hunting dogs there. For that, I had to make a trip to London Zoo yesterday. They were worth the price of admission in themselves though.

To me, these are the most beautiful of Africa's predators. They are also the most successful, by some considerable margin. Attacking in large groups and built for long chases, around 80% of wild dog hunts end in a kill. This compares to a measly success rate of (I think) around 25% for the big cats. 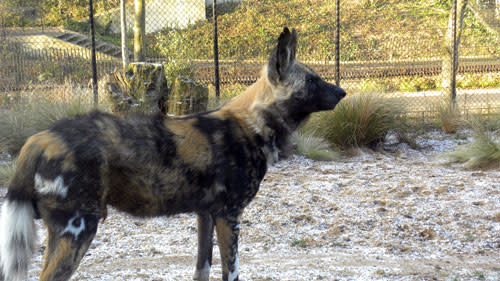 Anyone following yesterdays tweets, which John Timmer described as "surly science writer visits zoo", will know of my frustration with zoo-attending parents. Buying the tickets doesn't make you David Attenborough. Nor does it validate the decision to insist that these animals are hyenas despite the fact that (a) they look nothing like hyenas and (b) there is a massive clue to the contrary. See below: 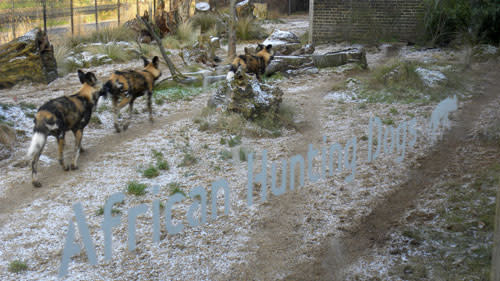 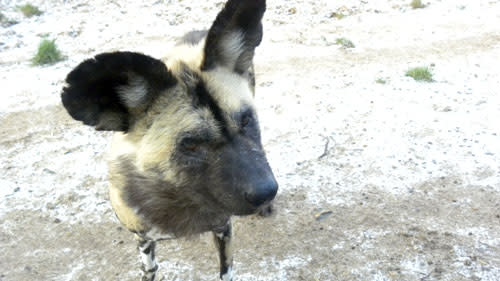