People With Brown Eyes Appear More Trustworthy, But That's Not The Whole Story

Take a moment to look at yourself in the mirror. I want you to really examine your features—the curves, lines and shapes that make up your face. How broad is your chin? Narrow, or wide? How big is your mouth in comparison? Or your nose? Do you have strong, prominent eyebrows? How close are they together? 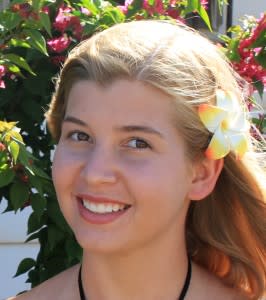 Or, more simply, what color are your eyes? In a study published today in PLoS ONE, researchers from from Charles University in the Czech Republic had 238 participants rate the faces of 80 students for trustworthiness, attractiveness, and dominance. Not surprisingly, they found that the three measures correlated well with each other, with faces rating high on one scale rating high on the other two. Female faces were generally more trustworthy than male ones. But that's wasn't all. A much more peculiar correlation was discovered as they looked at the data: brown-eyed faces were deemed more trustworthy than blue-eyed ones. It didn't matter if the judge was male or female, blue-eyed or brown-eyed. Even accounting for attractiveness and dominance, the result was the same: brown-eyed people's faces were rated more trustworthy. There was some evidence of in-group bias, with blue-eyed female faces receiving lower ratings from brown-eyed women than from blue or green-eyed ones, 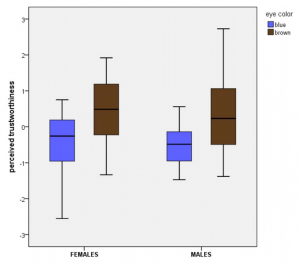 but this difference didn't drive the phenomenon. All the participants, no matter what eye color they had or how good-looking they thought the face was agreed that brown-eyed people just appear to look more reliable. The real question is why? Is there a cultural bias towards brown eyes? Or does eye color really correlate somehow with personality traits like accountability and honesty? Does eye color really matter that much? To find out, the scientists used computer manipulation to take the same faces but change their eye colors. Without changing traits other than hue of the iris, the researchers swapped the eye colors of the test faces from blue to brown and vice versa. This time, the opposite effect was found. Despite the strange correlation to eye color, the team found that eye color didn't affect a photo's trustworthiness rating. So it isn't the eye color itself that really matters—something else about brown-eyed faces makes them seem more dependable. To get at what's really going on, the researchers took the faces and analyzed their shape. They looked at the distances between 72 facial landmarks, creating a grid-like representation of each face. For men, the answer was clear: differences in face shape explained the appeal of brown eyes. 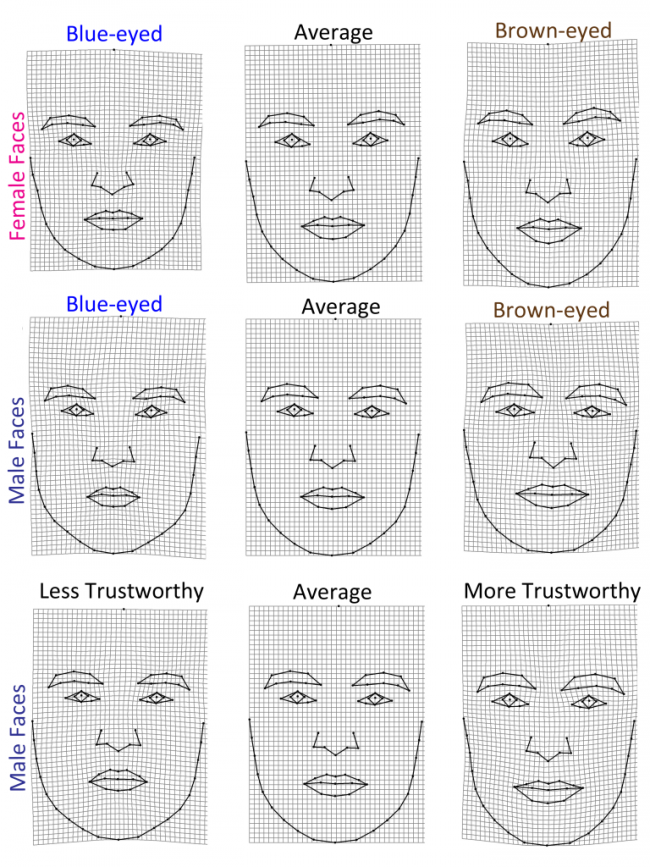 Shape changes associated with eye color and perceived trustworthiness, from the grid-based facial shape analysis done by the researchers. Note the similarities between the shapes of brown-eyed faces and trustworthy ones. "Brown-eyed individuals tend to be perceived as more trustworthy than blue-eyed ones," explain the authors. "But it is not brown eyes that cause this perception. It is the facial morphology linked to brown eyes." Brown-eyed men, on average, have bigger mouths, broader chins, bigger noses, and more prominent eyebrows positioned closer to each other, while their blue-eyed brethren are characterized by more angular and prominent lower faces, longer chins, narrower mouths with downward pointing corners, smaller eyes, and more distant eyebrows. The differences associated with trustworthiness are also how our faces naturally express happiness—an upturned mouth, for example—which may explain why we trust people who innately have these traits. Although the trend was the same for female faces, researchers didn't find the same correlation between trustworthiness and face shape in women. This result is puzzling, but female faces were overall much less variable than male faces, so it's possible the statistical analyses used to test for correlation were hampered by this. Or, it's possible that something else is in play when it comes to the trustworthiness of female faces. The researchers hope that further research can shed light on this conundrum. Given the importance of trust in human interactions, from friendships to business partnerships or even romance, these findings pose some interesting evolutionary questions. Why would certain face shapes seem more dangerous? Why would blue-eyed face shapes persist, even when they are not deemed as trustworthy? Are our behaviors linked to our bodies in ways we have yet to understand? There are no easy answers. Face shape and other morphological traits are partially based in genetics, but also partially to environmental factors like hormone levels in the womb during development. In seeking to understand how we perceive trust, we can learn more about the interplay between physiology and behavior as well as our own evolutionary history. Citation: