We have been broadcasting for over 100 years. Now a new 3D map of the galaxy reveals the stars these signals have reached that can also see Earth. 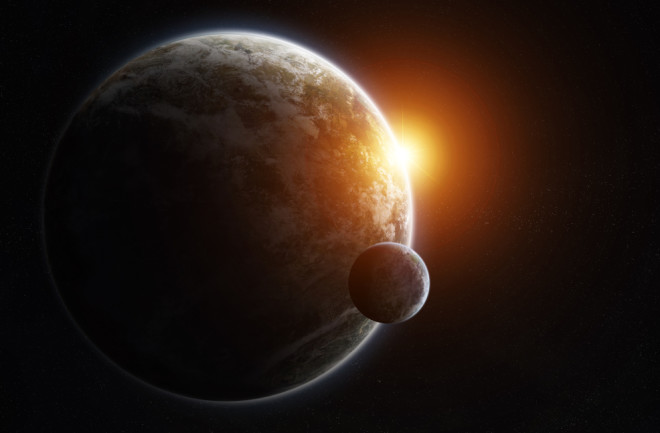 When Guglielmo Marconi made the first “long-distance” radio broadcasts in 1895, his assistant tuned into from a less than a kilometer away. Marconi went on to develop the world’s first commercial radio system and, by the time of his death in 1937, radio signals were routinely used to communicate across the world.

These broadcasts have also travelled into space, signaling to all who care to tune in, that humanity has emerged as a technologically advanced species. The first signals have now been travelling for over hundred years, reaching distances that would have been unimaginable to Marconi.

That raises some interesting questions about the stars these signals have already reached. What kind of stars are they, do they host exoplanets and if so, are any potentially Earth-like and in the habitable zone? How many of these exoplanets might also be able to see us?

Now we get an answer thanks to the work of Lisa Kaltenegger at Cornell University in Ithaca and Jackie Faherty at the American Museum of Natural History in New York City. These astronomers have calculated the size of the sphere that our radio signals have covered since they left Earth, counted the stars that sit inside it and worked out which of them should also be able to see Earth transiting the Sun.

All this is made possible by the Gaia Catalogue, a new 3D map of our galaxy showing the distance and motion of more than 100 million stars. The data comes from the European Space Agency’s Gaia spacecraft that was launched in 2013 and is mapping the position and motion of some 1 billion astronomical objects.

The resulting map is giving astronomers an entirely new way to study our galactic environment. Kaltenegger and Faherty’s project is a good example. Since Gaia measures how these stars are moving relative to one another, the researchers can work out for how long we have been visible to them and for how much longer.

Kaltenegger and Faherty say 75 stars systems that can see us, or soon will, sit within this 100 light year sphere. Astronomers have already observed exoplanets orbiting four of them.

These systems are generally well studied. The researchers say, for example, that the Ross128 star system is the 13th closest to the Sun and the second closest with a transiting Earth-size exoplanet. Then there is Teegarden’s Star, with at least two Earth-mass exoplanets and the Trappist-1 star system with seven Earth-sized planets, of which four are in the habitable zone.

Our signals continue to radiate away from us. So Kaltenegger and Faherty also pick out at the star systems set to receive our signals in the next 200 years or so and will also be able to see us. “1,715 stars within 326 light-years are in the right position to have spotted life on a transiting Earth since early human civilization, with an additional 319 stars entering this special vantage point in the next 5,000 years,” they say.

Exoplanet statistics suggest that at least 25 per cent of these stars will have rocky exoplanets. So there should be at least 508 rocky planets in this population with a good view of earth. “Restricting the selection to the distance radio waves from Earth have traveled- about 100 light-years - leads to an estimated 29 potentially habitable worlds that could have seen Earth transit and also detect radio waves from our planet,” say Kaltenegger and Faherty.

Of course, the possibility of life on these worlds is entirely unknown. The next generation of space telescopes should allow astronomers to study these worlds in more detail, to determine their atmospheric make up and perhaps see continents and oceans.

To similarly equipped alien eyes, Earth will have long looked an interesting target. Life first emerged here some 4 billion years ago, ultimately giving our atmosphere its rich oxygen content and its other biomarkers, such as methane. If astronomers find similar conditions elsewhere, that will pique their interest.

It could even prompt searches for radio signals that may already be reaching us from these places. Marconi would surely have been amazed.

Ref: Past, Present And Future Stars That Can See Earth As A Transiting Exoplanet : arxiv.org/abs/2107.07936