Orchid Lures in Hornets With the Smell of Bee Fear 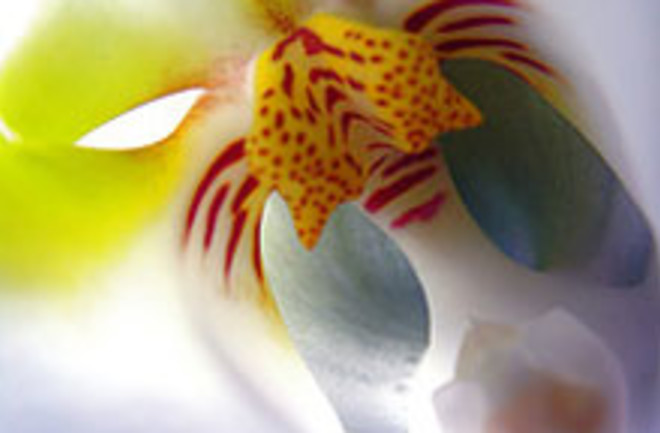 Orchids have a clever way of attracting pollinators: By releasing the same pheromones honeybees give off to communicate with other hive-members in times of emergency.

[T]he bees are the favorite food of the larvae of Vespa hornets...[so] when the orchid Dendrobiumsinense sends out these false alarms, the hornets pounce on the petals, thinking they’ll bring a bee dinner home to the kids [Scientific American]. The hornets leave hungry, but they help out the orchids in the process.

Researchers got the idea to check out the orchids' method of attracting pollinators when they noticed how often Vespa hornets forcefully landed on the plant's flowers.

Rather than landing and pausing on the petals, like most pollinators, the hornets instead swooped in on the red centre of the flower - as if attacking prey. The compound produced by the orchids, called Z-11-eicosen-1-ol, is a honeybee alarm pheromone that can be detected by the antennae of worker hornets [Daily Mail].

The finding, published in Current Biology, could help combat the negative effects hornets have on bees and people. Not only can the predators devastate bee hives, they can also take a toll on fruit crops.

Isolating the orchid's pheromone could prove useful in beekeeping and agriculture by helping scientists develop environmentally friendly, species-specific traps to control the Vespa population, and take the sting out of these problematic pollinators