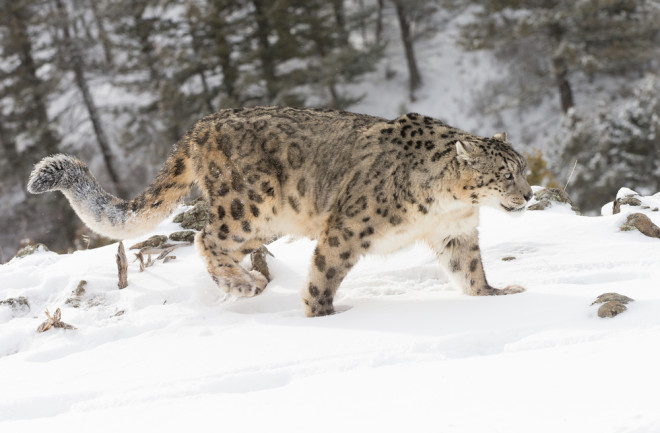 The snow leopard is the closest modern-day relative of P. blytheae.Credit: Dennis Donohue / Shutterstock Despite their charisma, big cats remain a mystery in evolutionary terms. But a new study fills in some of the blanks, describing how a now-extinct species pushes the evolution of big cats back millions of years and relocates their origins to an entirely different continent than once believed. The term "big cats" usually refers to pantherine species, which includes lions, tigers, jaguars and leopards. And while any novice can tell these species apart based on outward appearances, the skeletons of these cats are extremely difficult to distinguish. Without a lion's mane or a tiger's stripes, even experts have trouble telling them apart. Thus, when paleontologists found a crushed but nearly complete skull of a big cat in Tibet in 2010---a rare find for this part of the world---it took researchers years of analysis to determine that it represents a now-extinct species.

The big cat skull was pulled from a pile of bones in Tibet. Credit: Tseng et. al, Proceedings of the Royal Society B

The Book of Big Cats

Panthera blytheae, as the new species was christened, roamed the Tibetan Plateau between four and six million years ago, stalking ancient horses and sheep. Its wide head would have accommodated an expanded sinus cavity to help it warm up the icy air in this elevated environment.

It's no surprise, then, that the newly described species is most closely related to today's snow leopard, according to the paper published this week in Proceedings of the Royal Society B.

The fossil suggests that the split between big cats (like lions and tigers) and smaller species (such as cougars, lynxes and your own fluffy feline) occurred in Asia, not Africa, as previously thought. And it also shows that big cats branched off much earlier---about 10.8 million years ago, as opposed to the earlier estimate of 3.8 million.

The 5-million-year-old P. blytheae fossils are the oldest existing evidence of the big cats, but they are not the earliest species, thought to have originated some 16.4 million years ago. Study author and paleontologist Zhijie Jack Tseng told New Scientist

"The hunt is still on for the origin of the big cat."