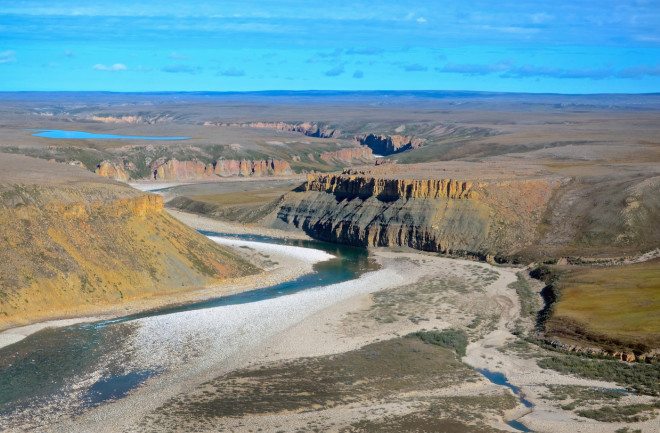 The fungus among us is a key player in the ecosystem, breaking down organic matter to provide nutrients to other organisms.

Now we know that fungi were getting down to business up to a billion years ago.

Newly classified Ourasphaira giraldae from the Canadian Arctic is 900 million to 1 billion years old, pushing back the fossil record for these organisms by about 500 million years.

The fungi fossils change our backstory, too. The oldest animals in the current fossil record only go back about 560 million years. (And if you’re wondering what the oldest fossil of any organism is, well, that’s hotly contested, but some researchers believe impressions on rock more than 4 billion years old represent the earliest recorded life on the planet.)

“Fungi are, in the ‘tree of life,’ the closest relatives to animals,” says University of Liège paleobiologist Corentin Loron, lead author of the Nature paper published in May that analyzed Ourasphaira in detail for the first time. “If fungi are already present around [a billion years ago], so should animals be … Therefore, this distant past, although very different from today, may have been much more ‘modern’ than we thought.”

Despite their big significance, the Ourasphaira microfossils are tiny: The branching filaments, attached to bulbous structures, are, at most, a mere tenth of a millimeter long. Loron’s team also identified fibrous chitin in their cell walls. It’s the oldest evidence of the material, which exists today in the cell walls of living fungi, insect and crustacean exoskeletons, squid beaks and fish scales.

More than 900 million years old, the microfossils are about a tenth of a millimeter long and consist of branching filaments attached to bulbous structures. (Credit: Corentin Loron/University of liÈge)

Ourasphaira suggests an early start for complex life on Earth, but its discovery may ultimately have a significance that’s out of this world.

“The study of Precambrian microfossils (older than 542 million years) is a relatively recent science,” says Loron. “As we move forward, more and more things are discovered, allowing us to better understand how life evolved and thrived on our planet. The bigger picture is also to find keys for understanding if, and how, life could have appeared elsewhere in our universe.”