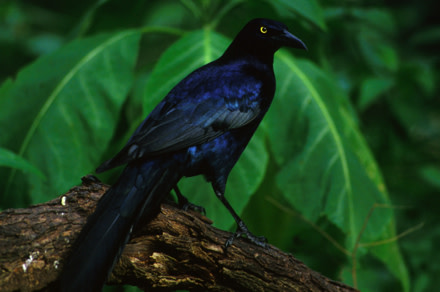 Quick shake of the head, rub of the eyes, and back to some science. In today's New York Times, please check out my article about the quest for fossilized color. Birds without color would be like Van Goghs without the paint, and yet for 150 year paleontologists have had to resign themselves to drab fossils of birds, offering little idea of what the birds actually looked like. That's now changed. It turns out that the microscopic bags of pigment that give feathers color (not to mention squid ink color too) are incredibly tough. Scientists have found them in fossilized feathers, and they've pretty conclusively demonstrated that these things are not feather-feeding bacteria, despite a superficial similarity. What's more, the scientists can now even use the pattern of the bags (a k a the melanosomes) to figure out some things about the color of a 47-million-year-old [strike]ex-parrot[/strike] extinct bird. It had the kind of iridescence you might see on a grackle or a brown-headed cowbird. 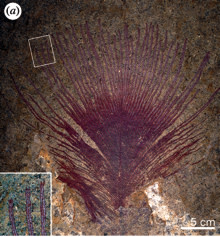 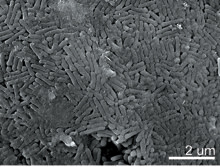 You may guess where this is going...There are now lots of dinosaur fossils that have what just about all scientists agree now are feathers. If they're preserved well enough, you should be able to put them under a microscope and see melanosomes. And if you can make out their patterns... Stay tuned. [Images: Grackle via Wikipedia; fossil pictures courtesy of Jacob Vinther]