Observations: Why do women cry? Obviously, it's so they don't get laid.

This week, a paper came out looking at testosterone levels in fathers. A whirlwind of poor journalism followed, which was beautifully smacked down by William Saletan over at Slate (aslo: see this great post on the topic by our very own Kate Clancy). But it reminded me of a similar kerfluffle that occurred this past January over a paper on the effects of sniffing tears. This was my post from Jan 8^th on that paper and the media surrounding it, which just so happens to look at the meaning of lowered testosterone levels in terms of evolution.

I don't think Brian Alexander is a bad guy or a misogynist. He writes the Sexploration column for MSNBC, so sure, his job is all about selling sex stories to the public. He even wrote a book about American sexuality. But I don't personally think he has a burning hatred for women, or views them as objects placed on this Earth for the sexual satisfaction of men. However, I very easily could, given how he chose to report on a recent study published in

Science about men's physiological responses to the chemicals present in women's tears.

The headline alone was enough to make me gag — "Stop the waterworks, ladies. Crying chicks aren't sexy." The sarcastic bitch in me just couldn't help but think

Why THANK YOU Brian! I've been going about this all wrong. When I want to get some from my honey, I focus all my thoughts on my dead dog or my great grandma and cry as hard as I can. No WONDER it isn't working!

I didn't even want to read the rest of the article.

But I did. It doesn't get better. Alexander's reporting of the actual science was quick and simplistic, and couched in sexist commentary (like how powerful women's tears are as manipulative devices). 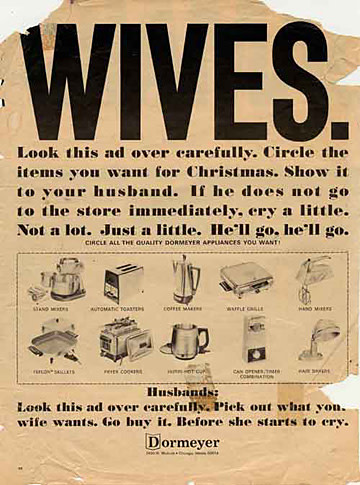 * I can hear the comments now, you sickos, so let me clarify: you can't have baby-producing sex when you're dead.

Also, thanks to Kira Krend for the thoughtful and hilarious discussion on this topic! Other References: