Obama Administration Is Urged to Save Giant Worm 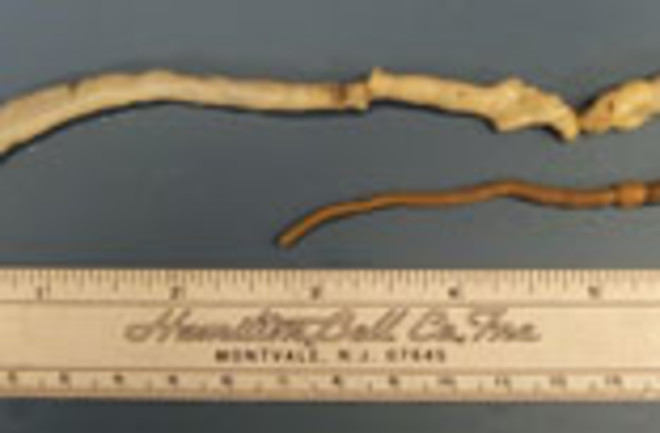 It's time the face the facts: a three-foot-long, lily-scented earthworm might have more fans than you. Environmentalists don't want to see the Giant Palouse earthworm disappear, so they're urging the Obama administration to add the worm to the official list of endangered species—an action Bush refused to take. These worms were considered extinct for 17 years before a soil scientist stumbled upon one while rifling through the dirt. Wired.com tells us:

The Palouse earthworm was once abundant in the prairies of eastern Washington and northern Idaho. But sightings became less common as accidentally-imported European earthworms tunneled under their grassland habitat, which now covers just two percent of its historic range. By 2005, when a University of Idaho researcher accidentally dug one up, the Palouse earthworm was thought to be extinct. It was the first seen in seven years, and one of a handful seen in the last several decades. Environmentalists asked the U.S. Fish and Wildlife Service to declare the Palouse earthworm endangered. In a conservation twist on Donald Rumsfeld’s infamous “absence of evidence is not evidence of absence,” the agency declined, saying that not enough information existed to justify the decision. The agency then refused to study the worms any further. Local environmental groups and the nonprofit Center for Biological Diversity hope that the Obama-era Fish and Wildlife Service will prove more receptive to their petition, which was formally filed with the agency yesterday.