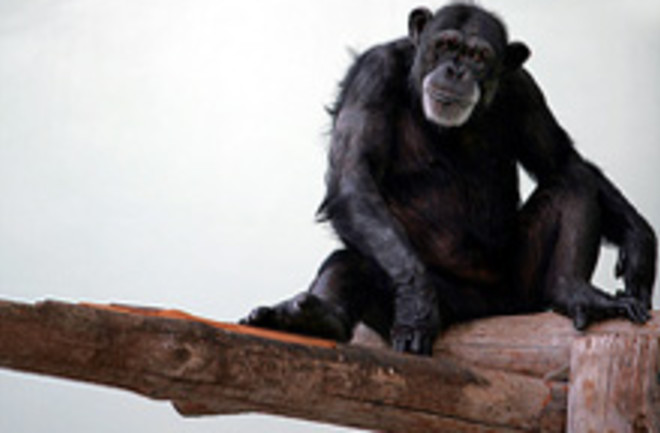 When the earliest human ancestors left the trees and struck out to make a new life for themselves on the ground, there was no going back, a new study suggests. Researchers examined the ankle bones of those early people and compared them to those of chimpanzees, and say that by 4 million years ago the proto-humans were no longer adapted for skillful tree climbing.

Researchers estimate that the chimpanzee and human lineages split about 5 million to 7 million years ago. Yet experts are divided about what happened next to the first hominins, as members of the human subfamily are called. One group argues--based on evidence that early members of the human line lived in woodland environments and had curved fingers and toes that were good for climbing--that the first hominins spent some time in the trees even as they adapted to their new ground-dwelling lifestyle [ScienceNOW Daily News].

The other faction believes that when humans began to walk upright they quickly lost their arboreal ways, and argues that their arms and legs were more human-like than ape-like. For the new study, published in the Proceedings of the National Academy of Sciences, researchers first spent some time filming chimps as they climbed trees in Uganda. The researchers determined that a chimp can flex its foot by about 45 degrees from its resting position.

Modern humans, on the other hand, flex their ankles a maximum of 15 to 20 degrees when walking and suffer serious injury if their ankles are bent much further [ScienceNOW Daily News].

The researchers then examined the ankle bones from chimpanzee skeletons and from hominins ranging from 4.1 million to 1.5 million years old, and determined that the hominins lacked a distinctive bone structure that allows chimps to flex their feet so drastically. Says lead researcher Jeremy DeSilva:

"Frankly, I thought I was going to find that early humans would be quite capable, but their ankle morphology was decidedly maladaptive for the kind of climbing I was seeing in chimps.... It kind of reinvented in my mind what they were doing and how they could have survived in an African savannah without the ability to go up in the trees." Since tree climbing is useful both for foraging food and for hiding from predators, the benefits of walking upright must have been great to make humans give up their ankles more suited for climbing [LiveScience].

The study doesn't definitively prove that the hominins stuck to the ground entirely, the researchers note.

"Early hominins may have climbed trees like modern humans can and occasionally do today; however, this study suggests that vertical climbing and arboreality were not significant parts of their locomotor repertoire" [The Independent]

, wrote DeSilva. Related Content: DISCOVER: These Butts Were Made for Walking DISCOVER: Sunset on the Savanna argues that bipedalism evolved in the forest DISCOVER: The Naked and the Bipedal asks if heat played a role in bipedalism