No SARS in Georgia 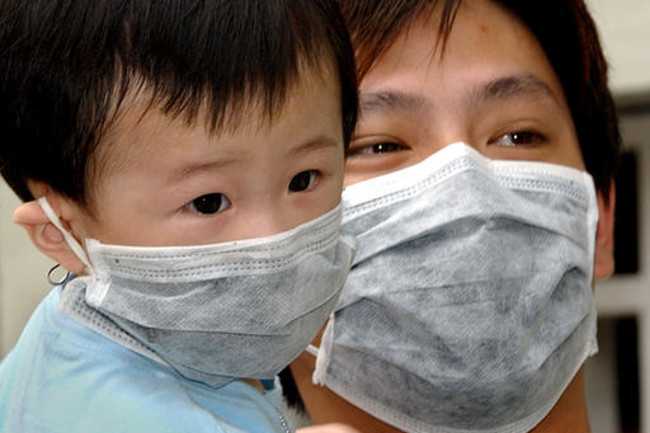 Charles Darwin had no great hope of witnessing natural selection at work in his own time. He assumed that it would operate as slowly and imperceptibly as the water that eroded cliffs and canyons. He would have been delighted to discover that he was actually wrong on this count. By the mid-1900s, scientists were running selection experiments in laboratories and beginning to document the effects of natural selection in the wild, such as the rise of insects that were resistant to pesticides. Still, the work has been slow and painstaking. Peter and Rosemary Grant of Princeton have done some of the best work on natural selection in the wild, documenting its effect on Darwin's finches on the Galapagos island. (Changes in climate lead to changes in the food supply which in turn changes in the beaks.) The Grants have dedicated 30 years of research to the evolutionary fate of this small group of birds. The slowdown comes in part from the months or years that animals need to reproduce, generating the new mutations and rearrangements of DNA that natural selection needs in order to operate. So what would serve as a better case study? A virus. Viruses can replicate madly even in a single sick person, and in some cases they can spread across the planet in months. Added benefits include their high mutation rate--which means that they undergo natural selection even faster--as well as their tiny genomes, which makes it far easier to pinpoint the changes that occur during evolution. Virologists have been studying the evolution of a number of viruses in recent years--flu, dengue, HIV, and so on. And when SARS broke out, they were ready. A team of researchers from China and the University of Chicago have studied the virus from early in the outbreak in late 2002 to its final hushing down in February 2003. They have painted a remarkable portrait of natural selection sculpting a virus for a new host. The early strains were most like the strains in civet cats, which seem to be where at least part of the human virus came from. The virus did a bad job of infecting humans at that point, in large part because its machinery for invading cells was a bad match for our biology. But then new variants emerged. They tended to lose DNA from one particular gene. In addition, the researchers discovered some 299 individual sites where one nucleotide was substitute for another. The researchers showed that these substitutions altered the proteins made by the SARS virus more often than would be expected by chance--a sign that natural selection was at work. As the virus changed, it became far better at infecting humans, to the point that a single person might infect hundreds of new hosts. At this point, the mutations that emerged in the virus were far less likely than chance to alter the SARS proteins. This is a sign of purifying selection at work-- most mutants that strayed even slightly from the new winning recipe were outcompeted. As a result, by the end of the outbreak, the exuberant bush-like growth of the SARS tree has dwindled to a few successful branches. And all of this evolutionary change took place within just three months. This is more than just an awesome glimpse at evolution in the wild (the wild being our own bodies). It's insights like these that will help scientists make vaccines to control SARS. You'd think that breakthroughs like these would get people fired up about the promise of evolutionary biology. But apparently the state school superintendent in Georgia would prefer that her students remain in the dark. I guess there must be no SARS in Georgia. Correction: Thanks to Stan Jones for pointing out that the superintendent is a woman, not a man.