This image of a shrew looks like something out of a horror movie. 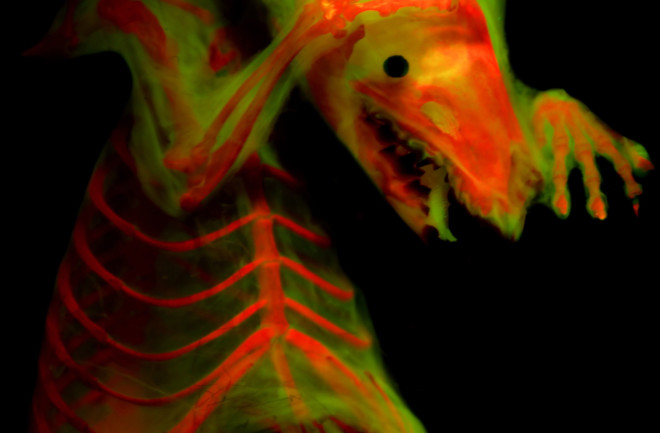 To create this portrait of the North American least shrew, University of Kansas evolutionary biologist W. Leo Smith developed a novel imaging technique that better reveals detail in preserved specimens. Smith discovered that the dye Alizarin, long used by biologists as a staining agent, fluoresces under certain kinds of light, glowing, he says, like a Grateful Dead poster. By staining a specimen’s bones, shining a high-energy blue light and then filtering out everything except the dye’s fluorescence, researchers can examine minute skeletal details without the need for dissection. Smith also helped develop a way to pose the animals in a non-destructive gelatin mixture, allowing for more lifelike arrangements of skeletal and soft tissue — and better photos.

[This story originally appeared in print as "Shrew in a New Light."]