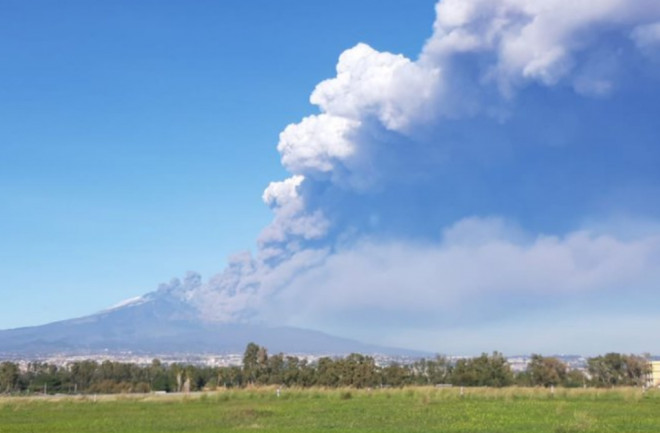 The ash plume from Etna in Italy seen from the Catania Airport.

Today’s pass by NASA’s Aqua satellite got a shot of the ash plume from the eruption drifting to the southeast:

The ash plume from the December 24 eruption of Etna in Italy, captured by Aqua's MODIS imager. NASA.

The ash plume from the December 24 eruption of Etna in Italy, captured by Aqua’s MODIS imager. NASA.

The volcano had been producing lava over the past few days from the southeast crater and in the image taken by Dr. Boris Behncke (INGV; below), you can see how active the volcano had been on December 23 and earlier in the week. What is different now is that a lava appears to be coming from a newly-active vent on the volcano. The recent lava flows and this new fissure all suggest that Etna might be entering a renewed period of eruption after a few years of relative quiet (for Etna’s standards).