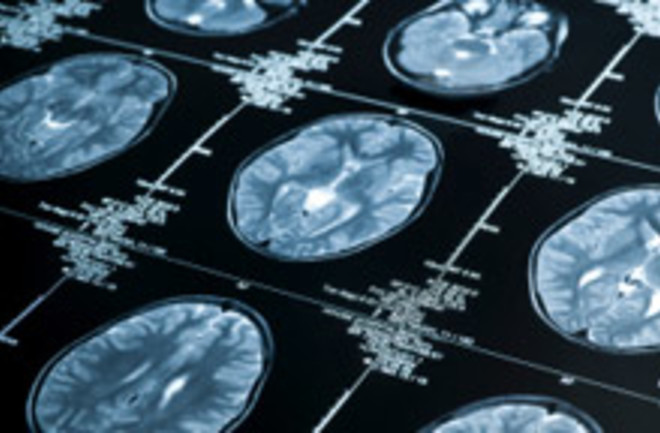 Young adults with a genetic variant that increases their chance of developing Alzheimer's later in life also have increased activity in the section of their brain devoted to memory, a new study has found. Researchers say the results suggest that the memory portion of the brain, the hippocampus, may eventually get worn out from a lifetime of overuse. Researchers conducted fMRI brain scans of 36 volunteers, half of whom had at least one copy of the gene, known as APOE4.

"We were surprised to see that even when the volunteers carrying APOE4 weren't being asked to do anything, you could see the memory part of the brain working harder than it was in the other volunteers," [study coauthor Christian] Beckmann said.... "Not all APOE4 carriers go on to develop Alzheimer's, but it would make sense if in some people, the memory part of the brain effectively becomes exhausted from overwork and this contributes to the disease" [Reuters].

However, the researchers note that they're far from proving this hypothesis, and say that

it's impossible to tell whether the extra activity contributes to Alzheimer's symptoms later on or is just a sign of inefficient brain circuitry in the hippocampus [New Scientist].

a simple method to identify people at increased risk of developing dementia. They could then potentially be offered early treatment and lifestyle advice.... Researcher Dr Clare Mackay said: "These are exciting first steps towards a tantalising prospect: a simple test that will be able to distinguish who will go on to develop Alzheimer's" [BBC News].

In the study, which will be published in the Proceedings of the National Academy of Sciences, researchers stress that not everyone with the gene variant develops Alzheimer's, and say that people with one copy have four times the normal risk and those with two copies have 10 times the risk. While experts caution against leaping to conclusions from the new study, they welcomed the findings as significant.

"The causes of Alzheimer's are complex - both genetic and environmental - and if we can understand these better, we can enhance efforts to help people lower their risks" [BBC News]