Neanderthals Were Inbreeding. Did it Help Cause Their Extinction?

In recent years, scientists have found increasing evidence that Neanderthals were inbred. It could have helped drive them to extinction. 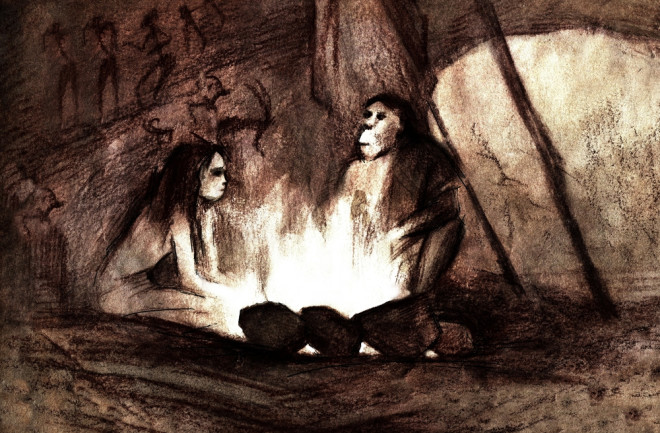 Scientists keep prying into the sex lives of Neanderthals. In the past decade, they’ve revealed that Neanderthals got busy with both Homo sapiens and Denisovans, another lineage of now-extinct humans.

But there’s more: Mounting evidence suggests Neanderthals also had a habit of inbreeding, or conceiving with close relatives. Several studies have now reported this based on genetic patterns and bone abnormalities thought to result from intra-family flings.

First, let’s review the facts behind these claims of consanguinity, or mating between relatives. Then let’s consider the consequences: How did inbreeding impact Neanderthal health and survival?

Neanderthals are a branch of the human family tree that inhabited Europe and Central Asia between 40,000 and 230,000 years ago. Since the first Neanderthal bones were discovered over 150 years ago, researchers have learned much about their lifestyles, technologies and evolutionary history.

The first strong case of Neanderthal inbreeding came in 2014, when scientists published a genome extracted from a toe bone found in the Altai Mountains of Siberia. Alive roughly 120,000 years ago, this Neanderthal woman had closely related parents: half-siblings, double first cousins, an uncle-niece couple or some other combo with equal relatedness.

This conclusion was based on a DNA statistic called runs of homozygosity (ROH). To understand ROH, we need to revisit high school biology: Recall that everyone has two copies of the genome, bundled in 46 chromosomes, 23 from mom and 23 from dad. During egg and sperm formation, the corresponding chromosomes line up next to each other and swap some stretches of DNA in a process called recombination. Consequently, the DNA you pass onto your children is a mosaic of the two genomes inherited from your parents (which were mosaics of the genomes they inherited from their parents). Since this happens every generation, tracts of DNA inherited from a particular individual get broken into smaller and smaller segments over time.

When researchers compared the Altai Neanderthal’s two genomes, there were long segments of practically identical DNA — runs of homozygosity. The abundance of especially long ROH — over 10 centimorgans (cM), a proxy unit for distance along a chromosome — indicates this individual’s parents shared ancestors within two generations. For instance, they could have had the same mother, but different fathers (the half sibling scenario) or shared both sets of grandparents (the double first cousins case). If they shared an ancestor much longer ago — say a great-great-great-great-great grandparent — the ROH would have been broken into shorter segments.

Which was also the case: The researchers additionally counted smaller ROH (between 2.5 and 10 cM), and found the sum surpassed this count for present-day human populations, like the Karitiana of the Brazilian Amazon, known to be small isolated groups with a history of consanguinity. An abundance of short ROH can result from a small population size, past inbreeding or both, so it’s hard to say what’s driving the pattern in the Altai Neanderthal. But given the data available, it’s a fair hypothesis that consanguinity was common in this Neanderthal’s pedigree.

How Common Was Consanguinity?

Even if the Altai individual descended from a long line of inbreds, that’s just one Siberian population, living over 4000 miles from what is considered to be the Neanderthal heartland in Europe. The fact that the Altai population mated with kin doesn’t mean that behavior was typical for the species. So what about European Neanderthals?

In 2017 researchers counted ROH in the genome of a roughly 50,000-year-old Neanderthal woman from Vindija, Croatia. This individual did not have abundant long tracts of matching DNA, indicating her parents were not close relatives. However, the quantity of short ROH (2.5 – 10 cM) was on par with the Altai Neanderthal and above present-day groups with a history of isolation and inbreeding.

Several lines of evidence suggest inbreeding among Neanderthals from El Sidrón, Spain. At this site, over 2,500 bone fragments have been recovered, constituting at least 13 individuals of both sexes and various ages. Archaeologists investigating El Sidrón believe the skeletons represent a close-knit Neanderthal group that died together around 50,000 years ago (these Neanderthals also show signs of cannibalism, but that’s besides the point).

Although full genomes aren’t available, portions of their DNA that have been sequenced are consistent with the group being close kin, who may have been too close. A 2011 paper, analyzing mitochondrial DNA (mtDNA) — a small loop of genetic code passed on only by mothers — revealed low diversity within the group. The adult males in particular seem to have been maternal kin. Another study fully sequenced chromosome 21 from one El Sidrón individual and found a similar pattern as in the Vindija Neanderthal: an abundance of short ROH.

And earlier this month, anthropologists reported hard — skeletal — evidence for consanguinity among the El Sidrón Neanderthals. The team identified 17 bones, belonging to at least 4 individuals, showing congenital abnormalities. These are conditions present at birth, as opposed to ones developed during life through injury, infection or nutritional deficiencies. In the El Sidrón remains, the congenital features included cleft or asymmetric vertebrae, a misshapen kneecap and a baby tooth retained into adulthood. The identified conditions are rare in living humans (between 3.8 to 0.00004 percent) and may be harmless, but they do occur more frequently in cases of inbreeding. In other words, these skeletal features suggest the parents were kin.

So some Neanderthals slept with their relatives. To understand the consequences for health and evolution, we can look to examples of consanguinity in living humans.

And there’s no shortage of data: It’s estimated that today between 700 million and 1.2 billion people, or roughly 10 percent of the global population, are the offspring of second cousins or closer. The rates vary considerably across the planet, depending on cultural marriage customs. For instance, in North Africa first-cousin couples constitute nearly one-third of all marriages, whereas in the U.S. such unions are legally prohibited in 31 out of 50 states.

Global prevalence of marriages between second cousins or closer in 2015. (Credit: consang.net)

Cultural and circumstantial sensitivities aside, at a basic biological level, consanguinity is bad. Let’s remember another a high school bio lesson: Mating between people with very similar genetic makeup — i.e. close kin — increases chances their children will have recessive genetic disorders. These are diseases, like Tay-Sachs or cystic fibrosis, that occur when you inherit two bad copies of a particular gene. If diseased gene variants run in a family, and members of that family are mating, there’s a good chance some children will be born with the condition.

Beyond these cases of potentially fatal diseases, consanguinity also causes so-called inbreeding depression: inbred individuals have reduced evolutionary fitness, or survival and reproductive success. One study compared rates of death before age 10 between the children of first cousins and unrelated parents, considering over 2.14 million people across 15 countries. The analysis found “3.5 percent excess deaths” among first-cousin kids. Across many studies in different populations, consanguinity has been associated with undesirable traits, including low IQ and congenital heart disease.

One’s survival depends on a variety of biological, social and economic factors. But even powerful and affluent families will suffer from inbreeding, as was the case with the Spanish Hapsburg royal dynasty.

So what about Neanderthals? Until we have more genomes, it’s hard to gauge the prevalence of inbreeding and its impact on the species overall. But we can say confidently, some Neanderthals were inbred and that didn’t help their chances of surviving. Maybe it even contributed to their extinction. Hey, if inbreeding took down royal dynasties, it may have taken a toll on Neanderthals, too.