It appears that Neanderthals created specialized tools before they met Homo sapiens. 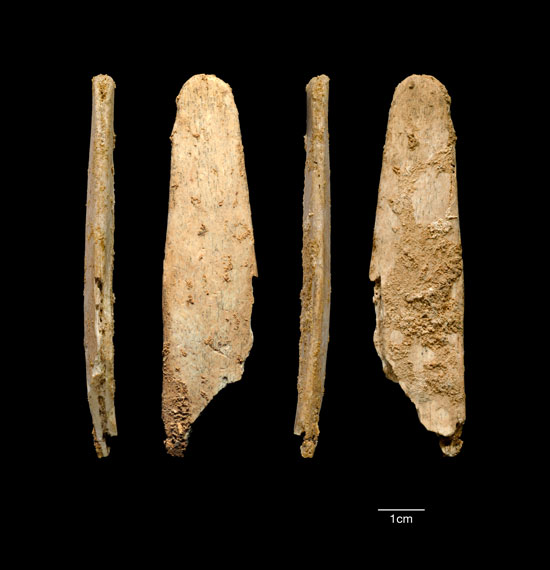 Four views of the most complete lissoir found during excavations at the Neandertal site of Abri Peyrony, near Bordeaux. | Abri Peyrony and Pech-de-l’Azé I Projects

Today, leather workers for the luxury brand Hermès use a tool called a lissoir to transform animal hides into lustrous bags. It turns out the tool has a long history: About 51,000 years before the expensive Birkin bag, Neanderthals were crafting and using similar lissoirs to soften and waterproof skins.

Researchers reported in August that they had found four examples of the leather-working tool at two sites in southwestern France. Neanderthals fashioned them by grinding pieces of reindeer ribs against rocks, leaving a rounded tip that could be rubbed against a hide to polish it.

Traditional accounts hold that Homo sapiens arrived in Europe about 43,000 years ago, and some archaeologists believe they taught the supposedly dim-witted Neanderthal locals how to use specialized bone tools. These newfound examples suggest different possibilities: Either modern humans and their knowledge arrived in Europe earlier than previously thought, or Neanderthals knew how to modify bones for themselves.

[This article originally appeared in print as "Neanderthals Prove Crafty."]