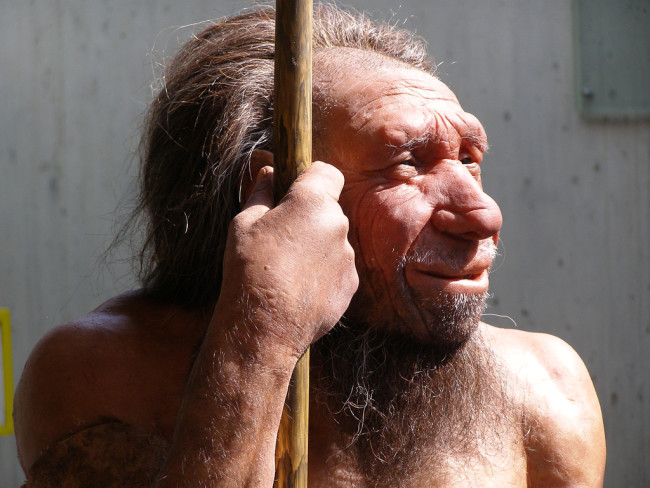 You've heard that Neanderthal DNA lives on in the genes of many modern humans — now there's evidence that it helped our early ancestors adapt to life beyond the tropics and subtropics of Africa. As gene sequencing becomes increasingly sophisticated, scientists have been able to prove that early modern humans traveling out of Africa to Europe and Asia interbred with Neanderthals already established in those regions. As a result, most non-African humans today have at least some Neanderthal genes. But, using new techniques to zero in on traces of Neanderthal DNA in modern humans, researchers found the genes were not distributed evenly.

No Balls About It

Neanderthal-origin genes are concentrated in areas of the modern human genome that regulate the appearance of skin and hair. This finding, researchers say, suggests the genes were beneficial to modern humans by giving them characteristics that helped them adapt to colder climates (like thicker body hair, for example). Even more unexpected, scientists discovered certain areas of the modern human genome had no Neanderthal DNA. In particular, genes on the X chromosome and those concerning the testes had no Neanderthal origin. Researchers believe these segments of Neanderthal DNA in a male hybrid must have reduced his fertility and thus were not passed on to later generations.

, published in Nature, used a method comparing known Neanderthal genetic patterns with samples from more than 1,000 modern humans to find archaic genetic material from our long-lost relatives that has survived in our species' genome. A separate paper

, published today in Science, compared the Neanderthal genome with the genes of more than 600 modern humans and reached similar conclusions. Interestingly, while earlier studies have estimated that 1 to 4 percent of a modern, non-African human's DNA has Neanderthal origins, authors of the Science paper found that about 20 percent of Neanderthal genes live on in modern humans. The researchers believe additional research based on a larger sample size may reveal that our extinct relatives contributed a much greater share to our genome than previously thought.