Neanderthal DNA May Still Affect Our Health and Habits 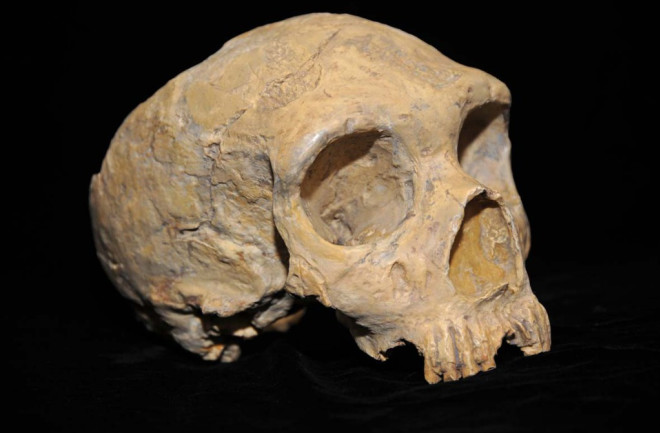 The Gibraltar 1 skull, discovered in 1848 in Forbes' Quarry was the first adult Neanderthal skull ever found (Credit: Wikimedia Commons) If you’re of Eurasian descent, about 3 percent of your DNA probably came from Neanderthals, and new research suggests that it could have a small effect on your health. Roughly 50,000 years ago, when the ancestors of modern Eurasian people migrated north and east out of Africa, they encountered other hominins – members of different, but closely related, species. Researchers believe Neanderthals died out largely thanks to humans, through a combination of violence and competition for resources. It wasn’t all discord and strife, however. The two species managed to interbreed, and today geneticists estimate that between 1 and 4 percent of the DNA of modern Eurasian-descended people originally came from Neanderthals. Researchers believe the tiny percentage of Neanderthal DNA we still carry plays a small, but discernible, role in various aspects of our well being, from depression to nicotine addiction.

“When we started this study, we expected that if we were to find anything at all, we would likely see an influence of Neanderthal DNA on bodily systems that were involved in interactions with the environment,” said evolutionary geneticist Tony Capra during a press conference Thursday at the 2016 AAAS Annual Meeting in Washington D.C. Humans migrating to Europe and Central Asia would have encountered very different climate, wildlife, plants, and pathogens than those they had adapted to in East Africa. Neanderthals, on the other hand, had had hundreds of thousands of years to adapt to the Eurasian landscape.

“Thus, it has been hypothesized that as humans moved into non-African environments, obtaining some Neanderthal DNA that was better adapted to their new surroundings could have been very beneficial,” says Capra. “To put this another way, perhaps spending a night or two with a Neanderthal was a relatively small price to pay for getting thousands of years of adaptations.” As it turns out, Neanderthal DNA does influence genes related to skin and immune response, two things that researchers say would have been very important in a new environment.

In previous studies, other researchers had noticed that certain areas of the genomes of modern Eurasian-descended people contained a lot more Neanderthal DNA than other areas, so they predicted that if Neanderthal genes had an affect on health, it would be related to those areas of the genome, which included skin, immune response, and the brain. Doctoral student and lead author Corinne Simonti and her colleagues searched for diseases in a database of 28,000 anonymized medical records from seven U.S. hospitals. Since they had DNA samples from those patients, and a detailed map of where Neanderthal DNA shows up in modern Eurasian genomes, the researchers could spot associations between disease risk and certain variants of Neanderthal DNA. They published their findings Thursday in the journal Science.

The genomes of Eurasian-descended people tend to have a large number of Neanderthal alleles near genes involved in the formation of cells called keratinocytes. These cells help protect the skin from harmful environmental damage by fungi, parasites, bacteria and ultraviolet radiation. They also play a role in the immune system and wound healing. Simonti and her colleagues think that Neanderthal genes may have given early humans an advantage in adapting to the differences in sunlight in Europe and central Asia, and possibly in facing the new pathogens they encountered. Patients who had certain Neanderthal gene variants were more likely to have scaly, precancerous skin lesions called actinic keratinosis, which is caused by abnormalities in the skin cells that produce the protein found in your nails and hair.

Researchers were more surprised to discover that Neanderthal genes also seemed to influence mental health. For instance, Neanderthal DNA in the human genome is more likely to show up near genes linked to long-term depression. Some variants of Neanderthal genes may increase the risk of depression in modern humans, while other variants protect against it. Overall, Neanderthal DNA accounted for just 2 percent of the variation in the database patients’ risk for depression. Depression is a complex illness, and Simonti and her colleagues aren’t sure how Neanderthal genes influence its risk, or what advantage those genes may have given early humans, but they think it may have something to do with sunlight. “Depression risk in modern human populations is influenced by sunlight exposure, which differs between high and low latitudes,” researchers wrote in their paper, adding that they found Neanderthal DNA near the circadian clock genes that contribute most to that connection.

Another Neanderthal gene variant seems to be linked to nicotine addiction, which is still a puzzle for researchers. “Tobacco is a New World plant; they were not walking around puffing on cigarettes outside of their caves,” says Capra. He speculated that the gene might be linked to other addictive or repetitive behavior, but researchers still aren’t sure. A bigger puzzle is why the human genome has held on to so many Neanderthal genes associated with psychiatric and neurological conditions. Simonti and her colleagues suggest that the exchange of material could have had an influence on modern humans’ brains, but it’s not clear what adaptive advantages it could have provided. Not All Bad Neanderthal DNA is just one of many factors that interact in complicated ways to shape your overall health, and this study is focusing on 1 to 4 percent of that picture. Further, Simonti and her colleagues say that their findings don’t mean that Neanderthal DNA is a bad thing. Their study was only able to examine its link to disease risk, which makes it easier to spot negative effects than positive or neutral ones. “Certainly we can't get at, you know, did Neanderthals impact whether or not you freckle or any of those sorts of traits that are not disease-related,” said Simonti. “It’s a bit more difficult to find protective effects in genetic studies like these, but I would say just because a Neanderthal variant negatively affects or increases your risk for a disease today doesn't mean it's not protective in some other way, and also there could be certain protective effects that we just haven't been able to detect.”