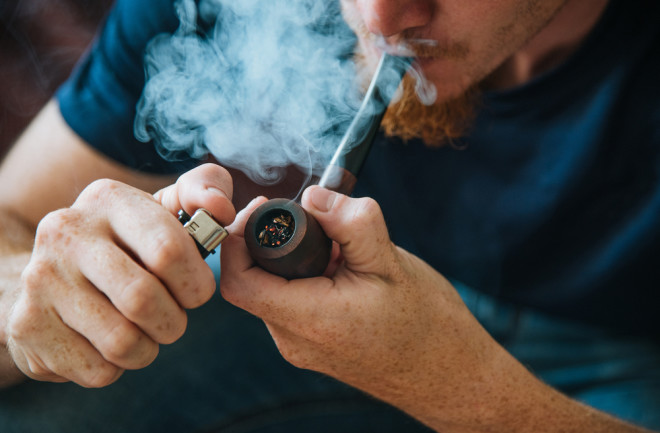 (Credit: Karpova/Shutterstock) Tobacco kills hundreds of thousands of people each year. But the addictive substance has a complex history — for many Native Americans, tobacco has been used ritually for hundreds of years. Now, researchers show Native Americans of the northwest were smoking tobacco more than 1,000 years before European fur-traders arrived with their own domesticated variety. The discovery could bolster public health campaigns in Native populations the researchers say. “Most national [smoking cessation] campaigns treat tobacco in black and white terms — saying that all tobacco use is bad for example — but that’s not the reality for many Native communities,” Shannon Tushingham, an anthropological archaeologist at Washington State University in Pullman who led the new research, said in a statement.

For many Native peoples, tobacco use was historically associated with sacred rituals or ceremonies and only certain tribal members smoked limited quantities of the plant. Today approximately 37 percent of Idaho American Indians smoke cigarettes, according to a 2015 survey from the Idaho Department of Health and Welfare. Getting people to stop smoking is an obvious public health goal, but traditional "tobacco kills" campaigns don't really send the right message to people who have been using it ritually for as long as they can remember. The Nez Perce, a federally recognized tribal nation in north-central Idaho with more than 3,500 citizens, wanted a better understanding of their ancestors' traditional tobacco use. So, they asked Tushingham about residues on archaeological pipes from their ancestral homelands. Tushingham and Nez Perce culture department staff worked together to develop the study. The researchers salvaged 12 stone pipes and pipe fragments from archaeological sites along the Snake and Columbia Rivers in southeastern Washington State. The waterways wend through the ancestral homelands of the Nez Perce, which once extended from the plains of western Montana to the Blue Mountains of northeastern Oregon. The sites are now flooded thanks to regional dams.

Tushingham and colleagues found nicotine residue on eight of the artifacts, the team reports today in the journal The Proceedings of the National Academy of Sciences. That was a surprise, as most researchers assumed that Native Americans smoked plants that didn't contain tobacco before Europeans arrived. Now, it appears they were familiar with substance long before explorers arrived. Many of the specimens date to at least 1300 CE, though the researchers say the relics are likely from 700 CE or before. One tobacco-laden pipe was recovered from an archaeological site as old as 2500 BC. The nicotine likely came from wild tobacco plants that no longer grow in the region. European fur traders did not bring domesticated tobacco — which is more potent than the native varieties — to the area until the 1790s. Previous research had suggested native peoples of the Northwest primarily smoked kinnikinnick, a woody groundcover shrub with evergreen leaves and bright red berries. But Tushingham's research suggests otherwise — traces of arbutin, a compound associated with smoking the plant, were absent in the study. Tushingham and her team hope the work can lead to more effective smoking cessation programs in Native communities, perhaps by debunking common urban myths about traditional smoking.