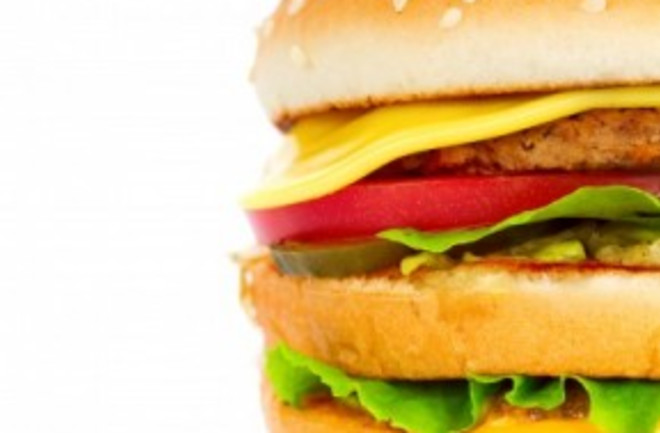 100% beef... if horses count as beef. In case you didn't hear, the big news in the food industry this week is the fact that — *gasp* — horsemeat has been detected in Burger King burgers and Ikea's Swedish meatballs. Noses worldwide are turning up in disgust at the use of such crude ingredients in ground beef products.* There's no doubt that a good part of the fuss is that, for some of the Western world, horsemeat is taboo. Many people have an immediate, visceral reaction to the notion of eating horse, just like Americans generally react strongly to the idea of eating dogs. While our preferences are culturally rooted, the recent labeling exposures don't just offend our palates. As consumers, we rely on retailers and restaurants to give us accurate information about which foods we are buying — whether it be to avoid allergies, follow religious preferences, choose more sustainable options, or count calories. Now, DNA barcoding is exposing just how often we are duped. Labeling isn't a European problem. In South Africa, game is a popular alternative to beef, with over 2.5 million hectares of land dedicated to farming a wide variety of wild meats. But a study published in Investigative Genetics today found that more than 3/4 of the game samples they tested were not the animal they said they were. Cuts labeled as wild game species were identified as horse, kangaroo, pork, lamb, and a suite of African animals not on the labels. The most prevalent substitution occurred for products labeled kudu (92% were mislabeled). A different South African study tells a simliar story. A study of beef products in South Africa published earlier this week found that 68% of samples contained species not declared in the product label, including donkey, buffalo, goat and pork, and almost a third of the products contained soy and gluten, even though the labels didn’t tell the consumer that. But, they didn't find any horsemeat in their beef. In the US, studies have found that more than 1/3 of all US fish are mislabeled. A recent Oceana report found that 39% of fish sold in NY grocery stores, fish markets and sushi restaurants were not the fish they claimed to be, building on their earlier findings of in Boston (48%), Los Angeles (55%), and Miami (31%). Every single one of the 16 sushi restaurants tested sold mislabeled fish. Some species were substituted more often — 69% of the tuna sold wasn't tuna, and thirteen different species were sold falsely under the label "red snapper". But perhaps the worst part was that 94% of white tuna sold was actually escolar, a fish species known to cause poisoning. While the world is fretting about horses, I'd rather eat a little horsemeat than diarrhea-inducing escolar any day. Why does it seem so hard for the world to correctly label the species in our stores? Part of the problem is that there is high economic incentive to lie. Species that are worth top dollar are particularly lucrative to forge. Until now, exposing such fraud has been difficult, as many species look the same once they're ground, cut or filleted. But now, we can test foods on the genetic level, allowing us to identify all species present. Given these frauds have real financial, religious, ethical and public health ramifications, it seems past time that genetic testing become a constant part of the regulatory process. Actually enacting such legislation, however, has proven difficult. In the UK, the the Food Standards Authority was quick to commission genetic testing after the scandal hit, but beforehand, testing had been declining for years. In the US, the USDA only genetically tests meat when there is a reason to suspect horseplay. And despite our clear fish labeling problem, no action was taken when the Safety And Fraud Enforcement for Seafood (SAFE Seafood) Act was introduced last year. If we want to improve labeling, we need to push our governments and tell them that genetic testing is non-negotiable.

Is eating me wrong? Good question. Perhaps, though, it is also time to look inward and reflect on our own cultural biases. What makes a cow so much better to eat than a horse, anyway? Why not make burgers out of insects? In a world where fishery after fishery collapses under our demand and livestock threatens our land, air and water resources, perhaps we need to diversify our idea of what is fit for our plates, and ulimately seek to minimize our ecological footprint by any food necessary. If there is anything that our labeling failures have exposed, it is the need to closely examine the animals we consume and the ways we catch or farm them to determine the best ones for us, both in terms of nutrition and by measures of sustainability. *

Just to put things in perspective, according to American Beef Standards cheek meat (read: beef face) is a fine additive. 30% fat? No problem! You don't even want to know what parts of the cow go into the grinder... Heck, Taco Bell's "meat filling" only has to be 40% meat to pass. But no, not the horses!