My, Early Humans, What Big Ear Canals You Have 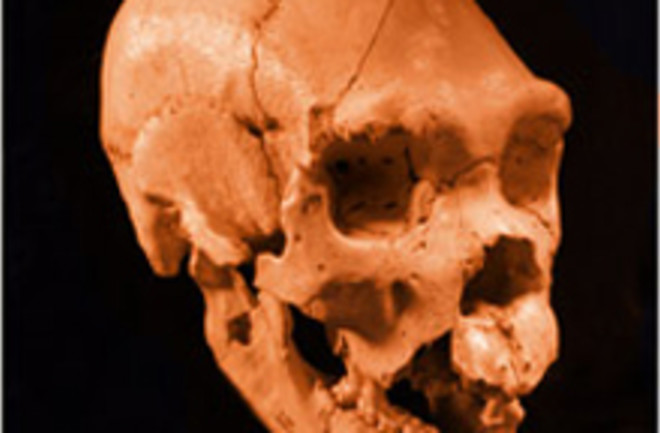 Could humans talk 500,000 years ago? Their ears say... maybe, according to Rolf Quam of the American Natural History Museum in New York. Quam and his colleagues used fossil remains of a 500,000-year-old human—an ancestor of the Neanderthals, actually—to reconstruct how big its ear canal would have been. He found that the canal would have been surprisingly long, which is important because it would have allowed these ancient humans to hear sounds with frequencies between 2 and 4 kilohertz quite well, a range that includes human speech patterns. Primates don't hear especially well in that range, Quam says, and it's unlikely early humans would've evolved more complex hearing for no reason. He thinks the reason is language: Rather than human language appearing suddenly around 50,000 years ago, as some experts think, Quam and his colleagues speculate that the necessary pieces for spoken language were evolving when this fossilized human was alive, 450,000 years earlier. Perhaps it's true, but Quam also acknowledges that his idea has caveats: His team had to make guesses about the elasticity of ligaments and other ear parts based on the bone sizes. And scientists can't study the voicebox directly because it is made of soft tissue that doesn't survive through the years. So this study's conclusions are one step removed—if our distant ancestors had ears attuned to the frequency of human speech, they must have been learning to talk.