My bad – on accountability in science journalism 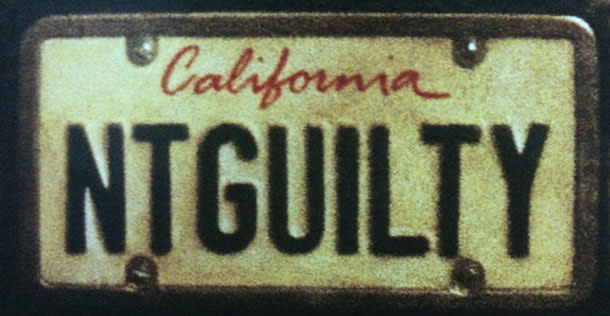 There are many reasons why errors creep into science journalism, beyond what the journalist happens to write. Scientists can publish fraudulent papers, draw false conclusions from their experiments, or give misleading quotes. Press officers can paint results in a skewed light, omit or strip out context, and make up quotes entirely. Editors can assign reporters to tenuous stories. Sub-editors can introduce errors. You already know this. I’m explicitly pointing it out because I have seen several instances where journalists have attempted to defend shoddy reporting – either by themselves or their colleagues – by citing this laundry list of reasons as mitigating factors. The latest prominent example comes from no less than Paul Dacre himself – editor-in-chief of the Daily Mail. Ananyo Bhattacharya from Nature has a good piece in the Guardian where he singles out Dacre’s attempt to defend a piece of indefensible “reporting” in the Mail. The story, by the unfortunately named “Daily Mail Reporter”, claimed that switching on a light for a night-time toilet visit could “cause changes that might lead to cancer”. Testifying at the Leveson enquiry, Dacre argued that the story was legitimate because it was reworked from wire copy that included a quote from one of the scientists involved. Bhattacharya writes, “[Dacre] is wrong to imply that it constitutes acceptable journalistic practice. It does not.” Big tick. There are many reasons why errors creep into science journalism, but as far as the accountability of an individual journalist is concerned, they are all irrelevant. They are not mitigating factors. If we write something, and we put out names to it, the buck stops with us. If there is a mistake, it is our fault. If the paper was rubbish, if the peer reviewers missed something, if the scientist lied, if the press release is distorted, it’sstill our fault for producing something that is inaccurate or that fails to root out these problems. We are meant to be the final filter that parses information for the reader – the final bastion of accuracy. We’re meant to do the necessary background research, fact-checking and reporting that exposes dodgy information. We’re meant to be immersed enough in our beats to have finely tuned bulls**t filters. If this sounds like an unbearable line to draw, well, it is. The job's not meant to be easy. But I am not saying that journalists should never make mistakes – that would be deranged. We have neither the time nor the level of expertise necessary to guarantee an error-free oeuvre. We will all screw up. What matters is that we exercise due diligence in getting our facts right, own our mistakes when they happen, and fix them if we can. When we screw up – when, not if – it doesn’t matter who our accomplices in error were. It does not matter that we didn’t introduce a mistake, simply that we let it slide. It does not matter where errors crept into the chain. It matters that they did not end with us. Next week, Ananyo and I are taking part in a discussion at the Royal Institution about how to improve standards in science journalism. There are loads of obvious things that one could name, and the Guardian is canvassing suggestions. To me, developing a proper sense of accountability is an important one. As they say, the first step is admitting that you have a problem.