Mummies Reveal That Even the Ancients Had Heart Disease 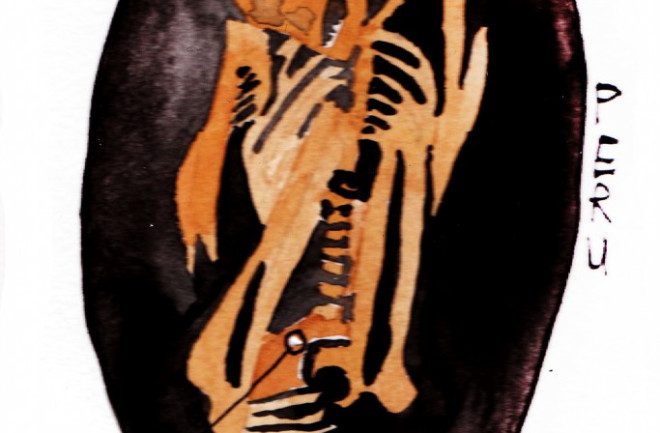 We tend to think that atherosclerosis, the hardening and narrowing of arteries leading to stroke and heart attacks, is a modern condition, the result of the modern diet, smoking, and obesity. We’re often encouraged to return to traditional diets, or, to “eat like our grandmothers”, because presumably before processed foods people ate healthier. But a study released yesterday (pdf) assessed 137 mummies from different cultures and found that across vast periods of time and geographic space, ancient people also suffered from this disease, and as humans we might be more predisposed to it than we’d thought.

The researchers studied mummies from different times in four different geographical regions, including ancient Egypt, ancient Peru, Southwest America, and the Aleutian Islands in Alaska, and found that over a third of the mummies studied exhibited signs of atherosclerosis. Even where arteries had long since disintegrated with decay of the body, the calcified parts of the walls remained. The scientists found that age at time of death was correlated with the presence and severity of atherosclerosis in the mummies in question.

The study is particularly important because it refutes the idea that the prevalence of atherosclerosis in Egyptian mummies, revealed in a past study, was due to the socioeconomic status of people in Egypt that got mummified (because they presumably had access to diets higher in saturated fat). This study included mummies from outside Egypt, who were mummified because of local climate conditions and, researchers assume, represent a wider swath of society. A cross-sectional analysis of mummies with different lifestyles from different times that still points to the presence of atherosclerosis is indicative data indeed.

In other ancient Egyptian nutritional news this week, researchers who studied 200 mummies at the Qubbet el-Hawa necropolis in southern Egypt, which contains remains of people across the social spectrum, reported that wealthy Egyptians were not immune to malnutrition, parasites, and infant mortality. Researchers from the University of Grenada who led the study estimate that the ancient Egyptian life expectancy was 30 years regardless of socioeconomic standing, and deduced that even the wealthiest of Egyptians were fighting for survival as far as their health was concerned.