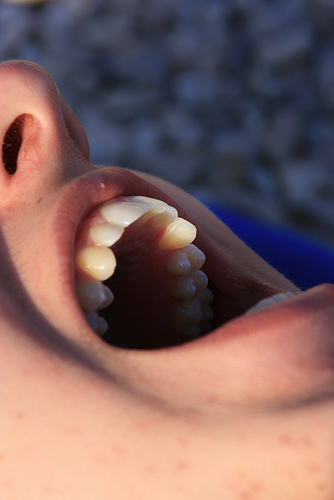 As we sink into the prime season for colds and flus, it's a good time to remember that most kinds of viruses that invade our bodies aren't interested in us. They attack the bacteria inside us instead. There are probably 100 trillion microbes inside each of us, such that our bodies are ten microbes for every one human cell. Those tenants probably belong to several thousand species, with a collection of genes that's perhaps a 100 times bigger than the human genome. These microbes live in our guts, lungs, mouths, noses, skin, and many other nooks and crannies. Far from making us sick, they help us in many ways, making food for us, defending us from invaders, and nurturing our immune systems. These bacteria are also hosts to viruses. In World War I, the Canadian doctor Felix d'Herelle discovered the first virus infecting bacteria while studying the stool of French soldiers sick with dysentery. Once he isolated the bacteria-attacking virus, he could use it to destroy cultures of the dysentery-causing bacteria. He dubbed them bacteriophages (eaters of bacteria). In the decades since his discovery, scientists have discovered a mind-boggling number of bacteriophages in the ground, the oceans, and even in deep caves. They are, in fact, the most abundant form of life on Earth. Now researchers are turning the tools for identifying bacteriophages back to our own body. Last year, Jeffrey Gordon and his colleagues looked in the guts of four pairs of identical twins and their mothers and discovered over 4,000 different kinds of viruses among them. Each person had several hundred kinds apiece. Most of these viruses were not predators, like the viruses that attack dysentery-causing bacteria, or the ones the give us a cold. Instead, the viruses merge with their host cell. They can be passed down from one generation to the next; only if they sense danger do these viruses break out of their host. Gordon and his colleagues made their survey by fishing for snippets of virus DNA. Another way to hunt for bacteria-infecting viruses in our bodies is to look at the bacteria themselves. Bacteria aren't passive victims of viruses; like us, they have an immune system. When a virus invades a bacterium, the host can sometimes stop the parasite before it takes over. It chops up the virus's genes and inserts a small portion of the virus's DNA into a certain section of its own genome. Once the microbe has captured this viral DNA, it can use it as a template for making a molecular probe. When the virus invades again, the probe latches onto it and quickly guides the microbe's virus-killing proteins to their target. And in a bit of Lamarckian wizardry, the microbe can pass this acquired defense down to its offspring, making them resistant too. The prisons for these captured pieces of virus DNA are called CRISPRs--an abbreviation for clustered regularly interspaced short palindromic repeats. Mutant viruses that don't match a host's CRISPRs enjoy an evolutionary edge, and so microbes are constantly revising their collection of CRISPRs to fight an ever-evolving enemy. CRISPRs are still fairly new to science, and it's only been recently that scientists have realized something very cool about them: they are a record of the viruses that a community of bacteria has faced. Taking advantage of this history, David Relman of Stanford University and his colleagues took a look at the microbes that live in the mouth, and catalogued their CRISPRs. They periodically collected spit from four volunteers over the course of sevnteen months. Then they looked for the distinctive sequence of CRISPRs in Streptococcus, a particularly large group of species of bacteria in the mouth. Relman and his colleagues were able to chronicle a year and a half of relentless warfare. All told, they found several thousand CRISPRs in the patients. A number of them could be found in all four patients, perhaps forming a core of defenses against the most common enemies. But many of the CRISPRs were unique to a single person. For example, in one patient, the scientists found 7447 CRISPRs, 823 of which did not exist in the other subjects. And that patient's CRISPRs changed from month to month, from a low of 174 to a high of 486. The scientists could trace the origin of evolution of new CRISPRs over the seventeen months as well. It's astonishing for most people to learn there are between 500 and 1000 species of bacteria in their mouths. But now we must begin to get used to the fact that those bacteria are in a constant battle with hundreds--perhaps even thousands--of different viruses. One reason it's such a big surprise is that these battles take place without any noticeable effect on ourselves. But it would be a mistake to think that they have no effect at all. The state of our mouth's ecosystem plays a big role in our overall health. Some species of bacteria that colonize our gums can get into our bloodstream and lead to infections of the heart and other organs, for example. As viruses rework the mouth's ecosystem, our vulnerability to these infections may rise and fall. Unfortunately, Relman's new study does not reveal any simple rules for how to manage the virus-bacterial warfare in our mouths. In fact, the variation from person to person might mean that what rules there are are hidden in a vast amount of complexity. If it's any consolation, we'll have many more surprises to look forward to as we explore our inner jungle in the future. [Image: Phil Dragash via Flickr/Creative Commons]