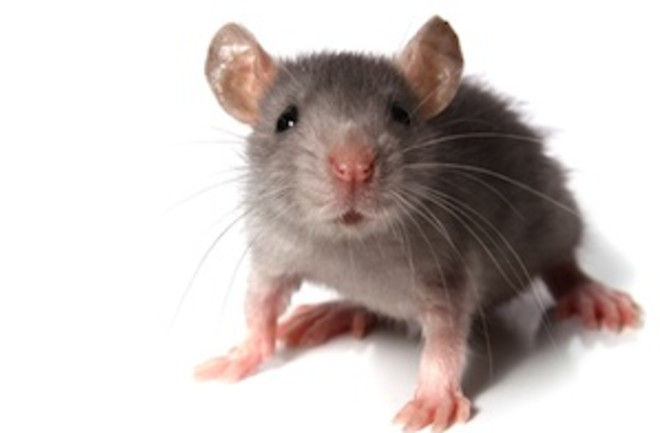 As soon as you open your eyes in the morning, the cells of your retina start sending frantic messages to your brain. "It's sunny today! That toast looks done!" One set of cells in particular, the high-resolution retinal cells, are constantly working to give your brain the most detailed, up-to-date picture of your surroundings. But in a mouse’s eye, researchers have recently discovered, the high-resolution cells seem to be on vacation. That is, until a predator flies by. To get a sense of how mice use their high-resolution cells, the researchers had first strapped a camera to a rat’s head and let it run around an enclosure. Then they projected this video of what a rodent sees in its daily life onto mouse retinas, while monitoring the cells’ electrical responses. They were surprised to find that while many of the retinal cells reacted to the images, the high-resolution ones remained unresponsive. But when the researchers showed the mouse retinas silhouettes representing birds of prey in flight, the high-resolution cells began to buzz with activity. In mice, then, high-resolution retinal cells don’t provide a detailed view of the surrounding environment like they do in our eyes (and the eyes of most other mammals). Instead, they act as detectors for a specific feature, namely aerial predators. The mouse retinas reacted most strongly when the bird silhouette covered the center of their visual field, a situation that occurs when the predator is a few seconds away from its prey. For the mouse, this visual klaxon from its retinal cells could be the difference between life and dinner. But when the bird silhouette drew so close that the mouse would have less than half a second of escape time, the retinal cells stopped firing. “If the animal has not already initiated escape at that time,” the researchers write, “its retina will soon cease functioning permanently.”

Image of mouse via Shutterstock