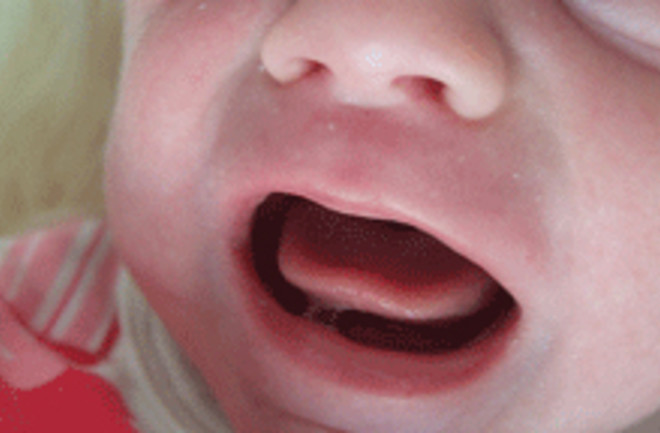 Babies pick up their parents' accents while still in the womb, according to a new study. After studying the crying patterns of 30 French and 30 German newborns, researchers concluded that

the French newborns cried with a rising "accent" while the German babies' cries had a falling inflection [BBC News].

The researchers believe that by mimicking their mothers' inflections, the babies are attempting to form an early bond with their mothers.

Scientists already knew that a baby in the womb can memorize sounds from the outside world, and is particularly sensitive to the

of her mother's language. But the

new research showed an "extremely early" impact of native language and confirmed that babies' cries are their first proper attempts to communicate specifically with their mothers [Reuters].

The data support the idea that crying seeds language development for infants, according to the scientists, who published

their research in the journal Current Biology.

To hear the different between German and French crying babies for yourself, click here to listen.