Mother Nature is Tough on Religion

El Niño has been blamed for everything from drought to gray days. BUT could it have toppled a civilization? That's what Daniel Sandweiss, an archaeologist at the University of Maine, thinks happened 3,000 years ago in Peru. 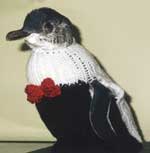 Once a religious mound, now a ruin.Photograph courtesy of Daniel H. Sandweiss

Sandweiss and his colleagues used buried bits of shell to retrace historical occurrences of El Niño, a climate pattern caused by warmer-than-normal waters in the tropical Pacific. When El Niño occurs, mollusks that cannot tolerate the heat disappear from archaeological deposits. In this way, Sandweiss identified the first known El Niño 5,800 years ago. He found the events grew more frequent starting 3,000 years ago: Instead of occurring once a generation, they arrived every 5 to 10 years. Sandweiss recognized a connection with Peruvian history. Beginning 5,800 years ago, a pre-Incan culture began building huge temples and mounds. "The structures got bigger and bigger until about 3,000 years ago, when suddenly they were abandoned," he says.

Torrential rains from El Niño might have jump-started agriculture in the arid region, but they eventually overwhelmed the culture. "When El Niño started, it was infrequent. Perhaps the priest said, 'I'll do a ritual to make it go away,' and it did," says Sandweiss. "But when the problem started coming back every five years, people might have thought the religious system wasn't working and stopped investing their energy in the temples."