Most Baby Macaroni Penguins Get Eaten 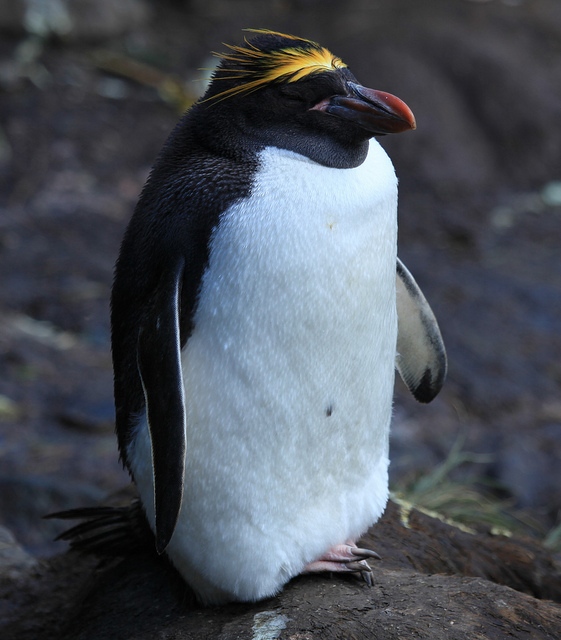 Whoever named the macaroni penguin was not thinking of dinner, but the name is unfortunately apt. A shocking number of these birds get gobbled up by other large seabirds while they're young, a new study found. Researchers are trying to fit this puzzle piece in with high predator numbers, rising ocean temperatures, and vanishing populations to see the whole picture of the macaroni penguin's future. Macaronis (Eudyptes chrysolophus), like other penguins, live in the southernmost parts of the planet. They're not as much of a presence as they once were, though. A survey on South Georgia (a chilly, mostly empty island in the South Atlantic) found that breeding pairs of macaroni penguins dropped by more than 80% between the 1970s and early 2000s. To find out where the birds are going, scientists tagged more than 2,000 penguins on South Georgia with transponders under their skin. "The technology is very similar to the microchips pet owners use to mark their cats and dogs," says Catharine Horswill, a PhD student at the University of Glasgow and researcher with the British Antarctic Survey. They also placed an electronic scanner at the entrance to the penguins' colony. Whenever a bird came or went during the breeding season, the scanner recorded its identification number. (Macaroni penguins spend the winter months entirely at sea, then return to the colony to breed.) If a bird left for the ocean and never came back, that was recorded too. For 10 years, the scanner followed the penguins' movements. Meanwhile the researchers monitored the nests of giant petrels on Bird Island, a tiny bit of land off the coast of South Georgia. These enormous seabirds are known to prey on macaroni penguins, attacking them on shore or drowning the chicks at sea. The scientists counted how many giant petrel chicks survived each year, and used this to represent the threat from predators that macaroni penguins would experience. What they found was a baby penguin buffet. "We were surprised by how low fledgling survival rates were," Horswill says. Only one-third of macaroni penguins survived their first year

away from the colony. Other penguin species that live in this part of the world have much higher rates of survival, Horswill says. The researchers combined their data with information about ocean temperatures and other environmental factors, then created models to see which factors were tied to penguin survival. They found that for fledgling penguins, predation was the single most important factor. The more giant petrels there were, the fewer young penguins made it back to their colony alive. For adult penguins, though, predation isn't as important. Being bigger, stronger and more experienced than fledglings, they can fight off more of the nightmare seabirds that swoop down on them. Almost 90% of these penguins survived from one year to the next, and environmental factors were just as important to them as predation. In fact, Horswill says, the warming of ocean surface temperatures around these penguins seemed to be helping them—for now. "Here, survival was positively influenced by local warming," she says. But most studies of penguins have found that climate change is hurting their survival. Once sea temperatures rise past a critical threshold, she says, the macaroni penguins may start to suffer too. And even if warmer oceans are giving them a temporary boost, macaroni penguins aren't doing great. Since the early 1980s, Horswill says, the population at this particular site has dropped by almost 70%. The booming local population of giant petrels probably isn't helping. Now that Horswill and her coauthors have started to pick apart the relationships between predation and environmental factors, they're working on a new study "to unravel the processes that drove this population to decline," she says. The macaroni penguin is listed as "vulnerable" by the IUCN. That might come as bad news to whoever did name the macaroni penguin—not after the pasta but, apparently, after a foppish style in 18th-century Britain. As in, "Yankee Doodle...stuck a feather in his cap and called it macaroni." If we can learn why they're disappearing, these dandy birds might be able to keep it up a little longer. More on penguins. 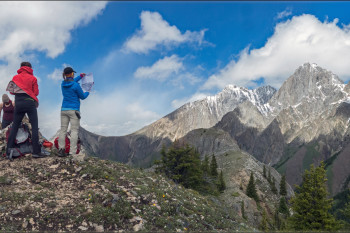