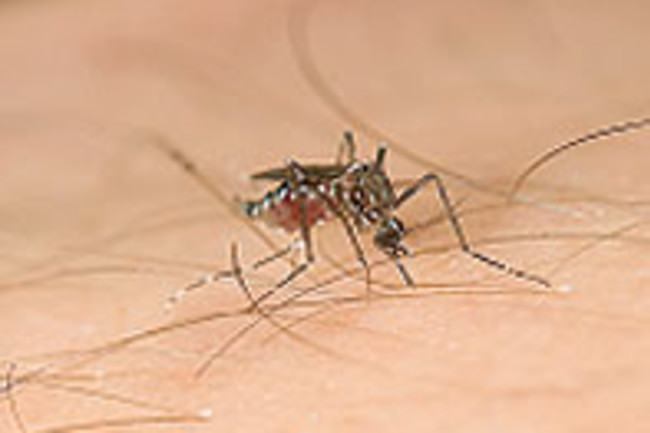 Everyone knows mosquitoes like some people better than others. Now biologists at Aberdeen University in Scotland have figured out why.

“Mosquitoes find their victims by homing in on specific molecules emanating from human breath and skin,” says team leader Jennifer Mordue, “and some people’s particular blend of molecules is more attractive than others.” After putting mosquitoes in the base of a Y-shaped tube with different blends of human compounds at each end, Mordue watched which fork the bugs preferred.

After repeated tests, Mordue isolated several compounds that were as powerful as commercial sprays at deterring mosquitoes. “These compounds are only present normally in a fraction of people, perhaps those who evolved a bit of extra resistance,” she says. Mordue suggests that rather than repelling mosquitoes, the compounds mask molecules that normally attract them. For example, the repellent deet doesn’t harm insects; it just interferes with their ability to detect a specific molecule on human skin that acts as a powerful attractant.

Mordue is testing ways to bottle her molecules into a commercial repellent. “There have been a lot of safety concerns about long-term use of over-the-counter sprays,” she says, “so a product based on natural human compounds would be a welcome addition to the arsenal.”