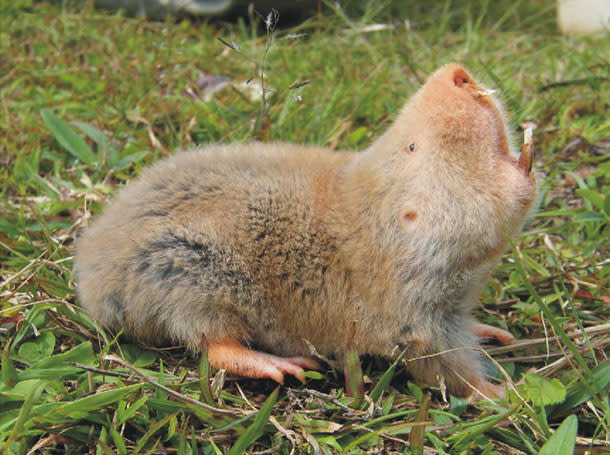 A shark continually grows new teeth. Those at the front of its mouth fall away, only to be replaced by fresh rows that move forward like conveyor belts. By contrast, we humans only have two sets of teeth. The first falls away during childhood leaving a second set to last us for the rest of our lives. Most mammals are like us, but there are some notable exceptions. The silvery mole rat of Kenya and Tanzania continually replaces its molars in an unsettlingly shark-like way. New ones sprout from the back of its jaw and slowly make their way forwards. The front ones, having been ground away, are absorbed. Back in 1957, Stuart Landry first noted that the mole rat has more molars than other rodents – up to seven, compared to the usual four or five. No one picked up on that piece of information for decades, until Helder Gomes Rodrigues from the University of Lyon decided to give the teeth another look. He studied 55 different skulls and saw that most have molars at the back of their jaws that are about to erupt. As they move forward, they get flatter from wear and tear, but they also grow upwards. The conveyor belt is also an escalator. By the time they reach the front of the molar row, their crowns have eroded completely and the mole rat absorbs them back into its jawbone. 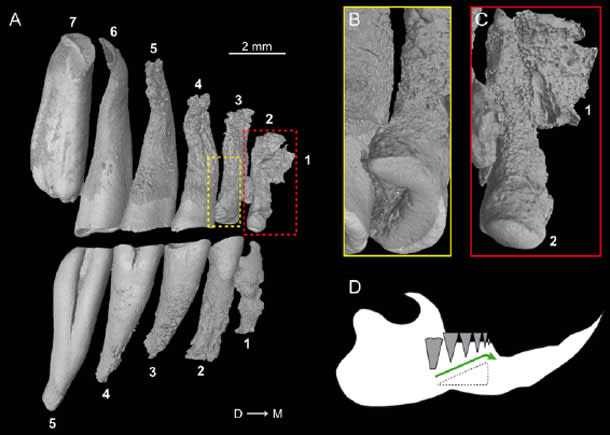 The mole rat is one of only five species of mammals with this ability. The others – three species of manatee and the pygmy-rock wallaby – are distant relations. They have a similar set-up, but without the escalator element. Their molars simply sprout, move to the front without growing upwards, and fall off without being absorbed. The mammals have largely traded an unlimited supply of teeth for a greater variety of complex shapes, allowing them to eat a wider range of food. It’s not clear why just five species, out of all 5,500 mammals, have evolved molar conveyors. The manatees and wallaby might need extra teeth to cope with their tough meals – meadow grass and ferns respectively, which both contain hard, abrasive silica crystals. But the silvery mole rat feeds on soft tubers and other fleshy plant parts, as do other mole rats that don’t have the same self-replacing teeth.

Gomes Rodrigues thinks that the teeth help it to dig rather than to eat. The silvery mole rat digs extensive burrows through hard, dry soil, without any help. Other mole rats either work together, are less ambitious in their tunnelling, or burrow through softer soils. Mole rats dig with their front incisors, which protrude beyond its lips to stop dirt from getting in its mouth, so it’s not immediately clear why they would need to replace their molars. But Gomes Rodrigues points out that as they burrow with their front teeth, they grind on their molars. They also accidentally swallow lots of abrasive dust. It’s a plausible hypothesis, but for now, it’s still unclear why the mole rats evolved their dental conveyors, how the extra teeth develop, or which genes are involved. The silvery mole rat still has many mysteries to sink our teeth into. Reference: GomesRodrigues, Marangoni, Sumbera, Tafforeau, Wendelen & Viriot. 2011. Continuous dental replacement in a hyper-chisel tooth digging rodent. PNAS http://dx.doi.org/10.1073/pnas.1109615108Image from Sharry Goldman