Miniature Chameleon Sits on the Head of a Match

by biologists on the small island of Nosy Hara, in northern Madagascar. Members of this newly discovered species are on average an inch long from snout to tail tip, a remarkably tiny size that puts them among the world's smallest reptiles. When not turning their baleful glares at the camera, they run around in a landscape of limestone boulders and leaf fragments and at night roost in low-hanging vegetation no more than a couple inches from the ground. Their diminutive size seems to be the evolutionary result of a phenomenon called island dwarfism

, by which animals slowly shrink in size, perhaps in response to the limited resources available on an island (though it also goes the other way, a phenomenon called island gigantism

, possibly a result of having few predators). The species' name, reflecting its tiny-ness, is Brookesia micra. 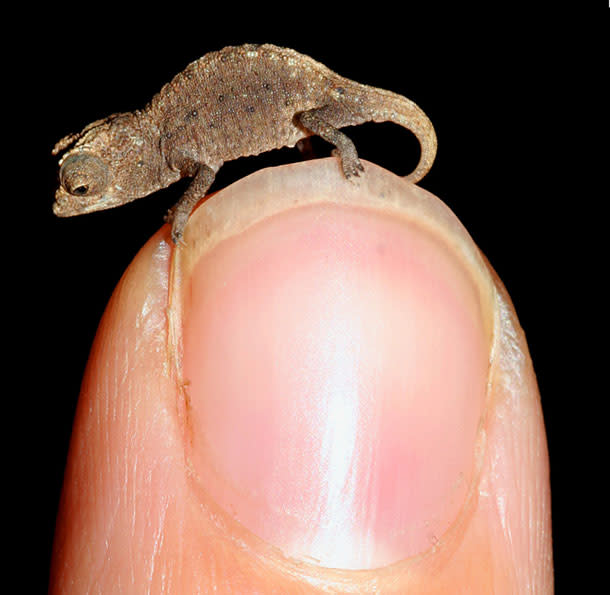