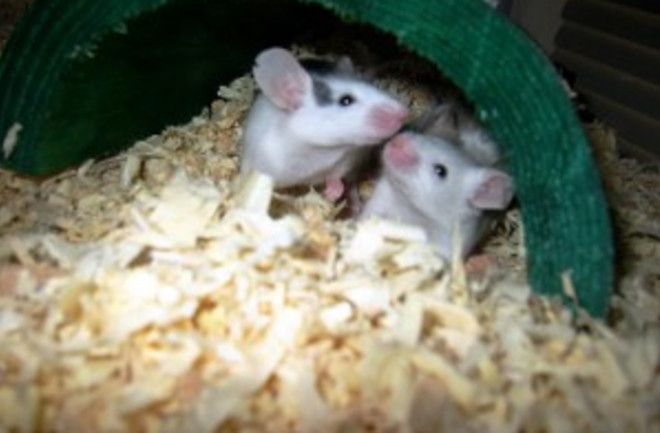 Photo: flickr/Casey FieslerMany species of mammal have penis bones, called bacula (singular: baculum). The size and shape of bacula can vary wildly, but it's unclear how such differences influence reproductive success. This study set out to uncover potential correlations between baculum shape and reproductive success in the house mouse. Lo and behold, mice with bigger (more specifically, fatter) penis bones had more offspring. Congratulations, you now know more than you ever wanted to know about mouse penises!Baculum morphology predicts reproductive success of male house mice under sexual selection. "BACKGROUND: Diversity in penile morphology is characterised by extraordinary variation in the size and shape of the baculum (penis bone) found in many mammals. Although functionally enigmatic, diversity in baculum form is hypothesised to result from sexual selection. According to this hypothesis, the baculum should influence the outcome of reproductive competition among males within promiscuous mating systems. However, a test of this key prediction is currently lacking. RESULTS: Here we show that baculum size explains significant variation in the reproductive success of male house mice under competitive conditions. After controlling for body size and other reproductive traits, the width (but not length) of the house mouse baculum predicts both the mean number of offspring sired per litter and total number of offspring sired. CONCLUSIONS: By providing the first evidence linking baculum morphology to male reproductive success, our results support the hypothesis that evolutionary diversity in baculum form is driven by sexual selection."

Related content: Discoblog: NCBI ROFL: What did God do with Adam's penis bone?