Memo to Carmakers: This Fish Is a Bad Model 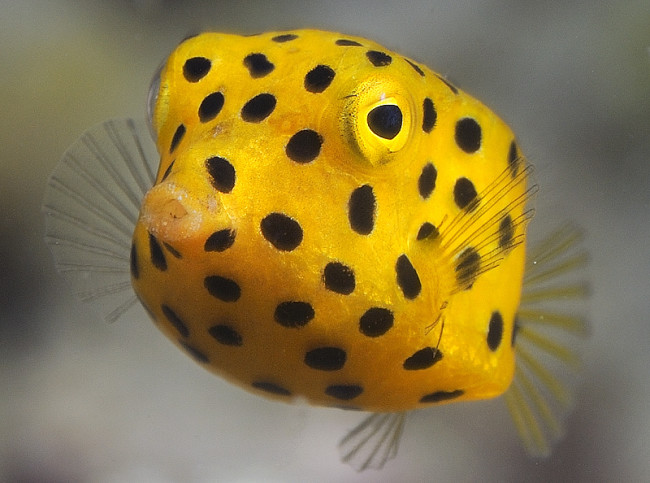 In 2005, Mercedes-Benz revealed a concept car with a strange shape. Called the Bionic, the cartoonishly snub-nosed vehicle was modeled after Ostracion cubicus, the yellow boxfish. Car manufacturers aren't the only ones to take inspiration from this weird coral dweller. But researchers now say engineers who mimicked the boxfish might have been misled. Shaping the car like a boxfish was supposed to make it aerodynamic. And the fish's allegedly low drag underwater wasn't its only interesting feature. Researchers in the last decade claimed that the boxfish is also unusually stable. Because of how water flows over its body and creates vortices, they said, small deviations from its course will self-correct. Engineers who modeled a robot after the boxfish cited this stability as a reason. In their lives among the corals, boxfish don't need to be especially fast. They have a bony outer covering that protects them from predators. Since this hard armor keeps them from undulating their bodies like other fish, they drift along stiffly, propelled by beats of their fins and tail. They can turn on a dime, though. Sam Van Wassenbergh, who studies vertebrate bodies at the University of Ghent in Belgium, decided to revisit the question of how boxfish move. He and his coauthors studied two species. The first was Ostracion cubicus, the yellow boxfish that inspired Mercedes-Benz (seen above). If you took a cross-section of O. cubicus, you'd see a pretty good square. The second species was Rhinesomus triqueter, the smooth trunkfish. If you cross-sectioned this fish you'd get a triangle. 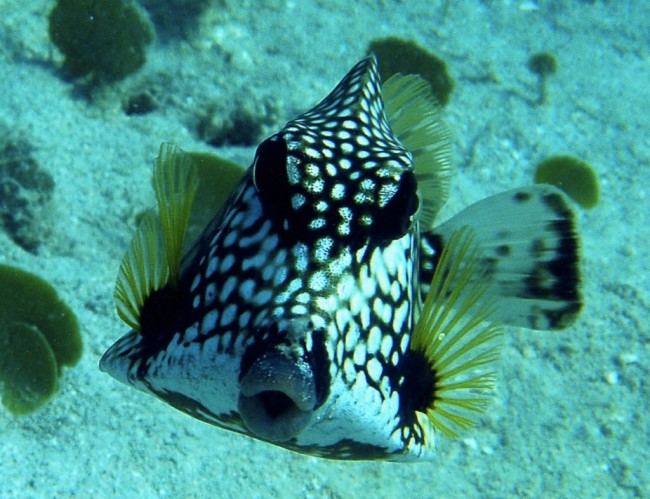 "But please don't." The scientists laser-scanned preserved specimens of both species, then created detailed computer models of their bodies to run through simulations. They also used 3D printing to make physical boxfish models, which they tested in a flow tank. They found that whether square or triangular, boxfish experienced more drag in the water than most fish. Drag was "considerably higher" than what's been measured in studies of normally shaped fish. Their smooth curves do make boxfish more efficient swimmers than, say, a shoebox. But that doesn't mean they make great cars. "A car with highly rounded corners will always be relatively good compared to the current models," Van Wassenbergh says. But if car manufacturers really want to minimize drag, he says, they'd be better off mimicking "more fish-like fish" that are built for long-distance, migratory swimming. As for the alleged stability of the boxfish, Van Wassenbergh and his coauthors found the exact opposite of previous researchers. Small wobbles in a boxfish's trajectory are exaggerated, not corrected. Rather than being especially stable, the fish is especially prone to swerving. "I'm afraid it will always remain a mystery what went wrong" in the earlier research, he says. This, too, makes the boxfish a less-than-ideal model for car makers. "The instability may indeed be a problem in stormy weather," Van Wassenbergh says. "You don't want your car to turn away with the flow [in a] cross-wind." But a boxfish's wobbliness makes it extra maneuverable, despite its ungainly shape. It darts through the reef without trouble. Van Wassenbergh compares the fish to an F-16 military plane, which is also "highly unstable" and easy to maneuver. Unless your main concern on the road is evading large fish, then, the boxfish is not the best source of inspiration for your car. Van Wassenbergh says it might be a better model for underwater robots or boats. 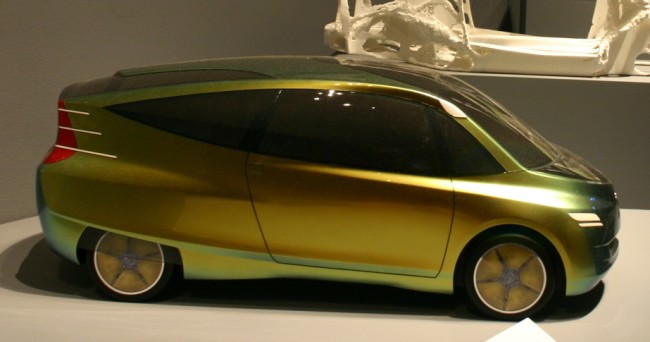