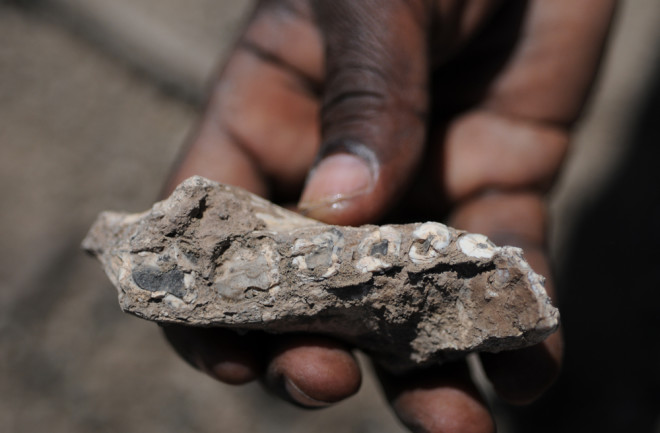 Some 40 years after the famous “Lucy” fossils were discovered, jawbones and teeth from another hominin species that lived at roughly the same time, and in the same area, have been uncovered in the Afar region of Ethiopia.

Announced in May in Nature, the newly named Australopithecus deyiremeda lived between 3.3 million and 3.5 million years ago — more than 500,000 years before the first members of the Homo genus but as little as 100,000 years before Lucy, a member of A. afarensis.

Fossils from another hominin contemporary — Kenyanthropus platyops — were found in 1999 a few hundred miles to the south, in Kenya. A fourth hominin from the same period, A. bahrelghazali, was found in 1995 in Chad, more than a thousand miles to the west, although some researchers dispute the idea that all the fossils represent separate species.

But A. deyiremeda and its neighbors do indicate that hominins with ape-size brains had developed successful adaptations to different environments, says the study’s lead author Yohannes Haile-Selassie, a paleoanthropologist at the Cleveland Museum of Natural History. Like many of his colleagues, Haile-Selassie believes the fossils come from different species; which one of them evolved into our genus is a question that can only be answered through more discoveries.