Wherever you find feathers, your bound to see evidence of the lowly louse. 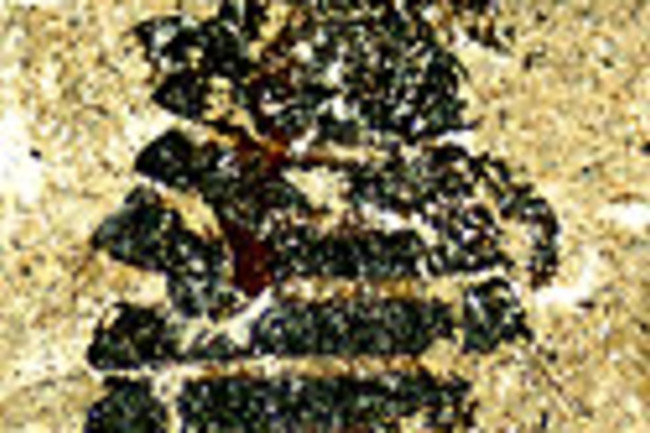 A beautifully preserved fossil excavated from a volcanic crater in Germany is clarifying the origin of the lowly louse, a ubiquitous creature whose history had been oddly absent from the evolutionary record.

The 44-million-year-old relic strongly resembles the modern, feather-munching version that infests ducks and other shorebirds and is a relative of the bloodsuckers that plague mammals. “Despite the age of this fossil, its close relationship to modern lice means we have to rethink the age for this group of parasites,” says Vincent Smith, a University of Glasgow entomologist studying the specimen. Previously, such lice were thought to have evolved only 10 million years ago. The implication is that lice similar to the ones alive today must have diverged from their closest known insect relatives long before the time of the German fossil. Lice similar to the fossilized find probably existed during the age of dinosaurs, which ended 65 million years ago. “Tyrannosaurus Rex wouldn’t have had lice but this little guy was probably the descendant of a louse that parasitized early feathered dinosaurs like Archaeopteryx,” Smith says. “As long as there have been feathers, there have been lice.”