Earth's history is littered with extinctions and we keep identifying even more periods were profound changes happened to life on Earth. The Late Triassic might be hiding an event that led to the rise of dinosaurs. 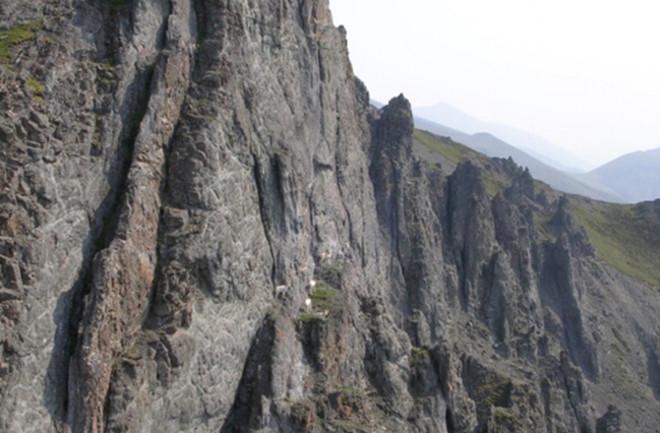 Extinctions are tricky. Most people look at them as events that mark the end of life, giant disasters that are to be feared. That is true, but they also open the door for organisms that survive to spread and diversify. Without extinctions, mammals may not have risen because it was only after the passing of the dinosaurs that our ancestors could take over. So, did the dinosaurs get the same courtesy?

A new study in Science Advances by Jacopo Dal Corso and others posits that a series of major volcanic eruptions may have triggered an extinction that paved the way for the rise of dinosaurs across the planet. This extinction coincided with warmer climate, increased rain and changes in the composition of the world's oceans.

The Carnian Pluvial Episode (CPE for short) was a period from 234 to 232 million years ago that was marked what appears to be long periods of increased precipitation across the planet (that's where it gets its name — Carnian is the time period, pluvial refers to lakes). We see this in the sediment record. Around the planet, there is evidence that there was much more weathering and erosion of the continents that dumped sediment into the oceans. Before the CPE, the oceans were replete with carbonates formed by organisms that like clear seas.

On land, the sediment record suggests many more lakes and rivers during the CPE. Soils forming during this period also required more humid and warm environments than what is found before and afterwards. The CPE was a wet time across the Earth and all that water caused the sediment reaching the ocean to change.

During this slice of the late Triassic period, there was a loss of 33 percent of all marine genera (genus is above species — like how wolves, dogs and coyotes are related), making this one of the largest drops across the entire Mesozoic Era (251 to 66 million years ago). There was a concurrent extinction of land organisms as well, although the fossil record for the land is much sparser. In all cases, there appears to be a significant drop in global biodiversity — which is an extinction.

With all these extinctions, there is the opportunity for other organisms to radiate — that is, to increase in numbers and diversity. That is exactly what appears to happen directly after the CPE. Organisms like dinosaurs, conifers, modern corals and mammals became much more common and diverse. In fact, the growth of new calcite-forming marine organisms in deep water may have been significant enough to change the planet's carbon cycle.

So, why all this drama? It may be the result of another large igneous province (LIP). These LIPs are events where vast outpourings of lava occur that last millions of years. The most famous of these might be the Deccan Traps in India that produced over half a million cubic miles (1,000,000 cubic kilometers) of basalt and may be one of the reasons for the end-Cretaceous extinction that did in the dinosaurs.

During the late Triassic, there was another one of these LIPs called the Wrangellia Large Igneous Province. This LIP may have been as large as the Deccan traps, and all that eruptive activity can dump immense amounts of carbon dioxide into the atmosphere. As we know, carbon dioxide can lead to global warming and that's what we saw during the CPE. Pulses of warming can be found in the rock record during the CPE, as high 4-6 degrees Celsius.

Today, the evidence of these eruptions are found on the coasts of western North America. The basalt on Vancouver Island and other nearby islands show that the Wragellia LIP was big — and it seems to have timed with the CPE. So, we may have a trigger for the CPE changes that lead to this important late Triassic extinction.

Still, many questions persist. As with any correlation, we need more evidence of the causation. The Wrangellia LIP isn't thoroughly studied, so examining whether it has the right chemical characteristics to explain the climate shifts is important. Better ages for all these events will also allow us to more conclusively link these events.

In any case, the CPE extinction looks like it might have been more of a game-changer for life on Earth than previously appreciated. It did not have the same massive impact as the mother-of-all extinctions at the end of the Permian or the flashiness of the end Cretaceous extinction that ushered the age of mammals. However, it may have been the gateway for the greatest of all biological ages, that of the dinosaurs.