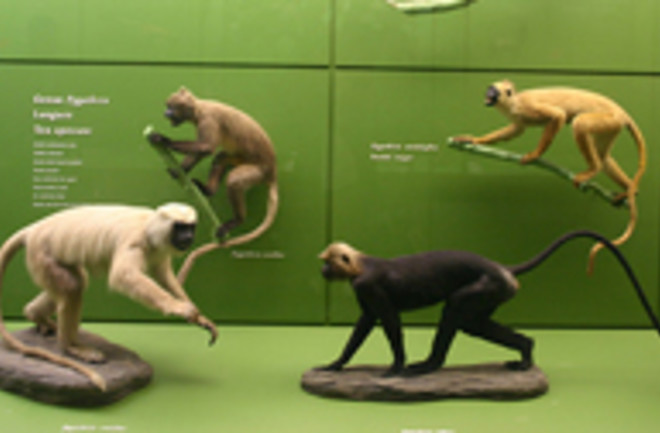 In the heat and humidity of the tropics you might expect that mammals take it slow and easy--but on the genetic level, they're accelerating past their mammalian relations that live in more temperate zones. A new study has discovered that tropical mammals are accumulating mutations more quickly and are therefore evolving faster, in a finding that could help account for the phenomenal biodiversity of the rainforests. But the study's unexpected results have posed a puzzle for biologists.

, says evolutionary ecologist James Brown, who was not involved in the current study. Previous research had shown that plants and marine microorganisms evolve more quickly in the tropical zone near the equator, but scientists believed that pattern would hold true only for cold-blooded creatures, whose body temperatures and metabolisms are determined by the temperature of the surrounding environment.

Scientists believe that this link between temperature and metabolic rate means that, in warmer climates, the germ cells that eventually develop into sperm and eggs divide more frequently. "An increase in cell division provides more opportunities for mutations in the population over a given time," explained [lead researcher Len] Gillman. "This increases the probability of advantageous mutations that are selected for within the species" [BBC News].

But this mechanism wouldn't work in warm-blooded mammals, whose body temperatures remain roughly constant regardless of environmental factors. In the study, to be published in the Proceedings of the Royal Society B, the researchers selected 130 pairs of closely related species where the two species in each pair lived at different latitudes. Gillman looked for small genetic changes known as microevolution, in which mutations cause differences within a population but haven't yet given rise to new species. He focused on a single gene in each species pair, comparing them both to

a "reference" gene in a common ancestor. By looking for mutations in the DNA code for this gene - each point where one letter in the code was substituted for another - the researchers were able to see which of the two mammals had "microevolved" faster. Animals living in environments where the climate was warmer had about 1.5 times more of these substitutions than the animals living in cooler environments [BBC News].

The first possibility, researchers say, is that animals' behavioral adaptations in colder climates--like periods of hibernation or torpor during the cold months--have slowed down their metabolisms on average, reducing the frequency of their cell divisions. The second possibility,

known as the Red Queen hypothesis, suggests that because the other organisms that interact with mammals, such as parasites and plants, are undergoing faster evolution [in the tropics], there is a coevolutionary pressure for mammals to keep up. "The biotic environment is changing more rapidly, and therefore the mammals are evolving more rapidly in response," Gillman said [The Scientist].

The hypothesis takes its name from the eponymous queen in Lewis Carroll's Through the Looking Glass, who tells Alice: "It takes all the running you can do, to keep in the same place." Related Content: 80beats: Couple That Saw Quick Evolution in Darwin’s Finches Wins Big Prize 80beats: How Dinosaur Feet Evolved Into Bird Wings: New Fossil Provides Clues 80beats: Unnatural Evolution: Fishing Eliminates Cod Adapted for Shallow Waters 80beats: Darwin Is Too Hot for Turkish Officials: Evolution Article Gets Censored DISCOVER: DISCOVER Does Darwin: Special Section on Evolution