Mackinder's revenge and the rise of the mongrels 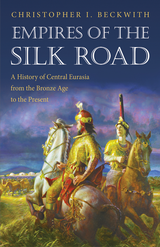 Several years ago I reviewed Christopher Beckwith's magisterial Empires of the Silk Road: A History of Central Eurasia from the Bronze Age to the Present. In many ways Beckwith's narrative is a refreshing inversion of the traditional form of macrohistory, whereby charter societies along the Eurasian littoral issue civilizing tendrils toward the heartland, and are met with periodic barbaric eruptions which they then have to assimilate. From what I can gather Beckwith is not a subjectivist. Rather, the inversion of perspective serves to flesh out neglected dynamics at work across history and near prehistory. For example he highlights the reality that core polities of the Eurasian littoral often crystallized on the barbaric marches of established civilization via process of synthesis between the two cultures. Zoroastrian religion emerged on the northern frontier in Khorasan rather than the southwestern Iranian heartland of Fars. Han China's predecessor in the form of the Chin dynasty arose from a marcher state in the northwest, and the same was true of the previous ruling house, that of the Zhou. In India classical Hindu civilization first congealed in an elaborated form in Magadha, on the eastern frontiers of Aryavarta. In the West Rome was fundamentally a barbaric and peculiar fringe polity, with only tenuous connections to Magna Graecia, and arguably more influenced by the enigmatic Etruscans. 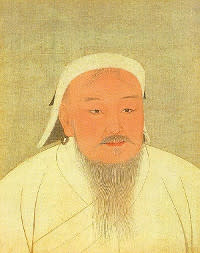 The last of the World Conquerors? The vigor of frontiers is such an established historical cliche that I have no great enthusiasm to revisit it in detail. Rather, following Beckwith I believe we need to seriously revisit the proposition that the vast expanses of the Eurasian heartland beyond the civilized frontiers have served as more than just a source of militarized barbarians bent on exploitation. Yes, all that is true, but it seems likely that the cultural and racial melange at the intersection of internal Eurasian trade networks have fundamentally reshaped the contemporary landscapes in ways we are only now beginning to understand. But first, our worldview has to acknowledge that not all peoples and lands have made contributions of equal weight to the shape of the world.

Elements of civilized society, from organized religion to bureaucracy seems to have arisen in distinct and unique forms in three of the charter hearths of the Eurasian littoral. In the west were the cluster of societies which radiated out of the Levant and Mesopotamia. In the east the north China plain served as the locus of the proto-Han civilization. And in South Asia the northwestern region between the Indus and the Ganges gave rise to an influential cluster of societies. To illustrate my point the culture of Java is unique, with deep indigenous roots. But, its high civilization has been clearly affected by both that of South Asia, and later Western Eurasia (in the form of Islam). In mainland Southeast Asia the people of Vietnam by and large look to the north, to China. Their rulers were self-styled Emperors, who administered a bureaucratic society. In contrast the societies to their west are more Indic, in that their symbolic currencies are rooted in South Asia (e.g. Theravada Buddhism and the Chakravartin). 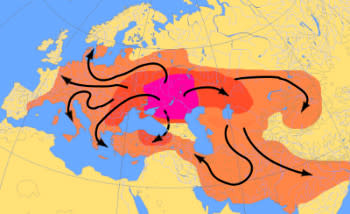 Spread of the Indo-European languages?Credit: Dbachman But the barbarians of the heartland are not without accomplishment either. Though there are still debates as to the ultimate origins of the Indo-Europeans, I think it is hard to dispute that at least some of the expansion of this language family was mediated via the Eurasian heartland. Later in history the Turkic language family spread rapidly over the course of 500 years, moving from a group of dialects clustered on the trans-Siberian fringe, to an international collection of tongues spanning China to Europe. Though united by a language, the Turkic peoples are biological variegated. Populations such as the Kirghiz and Yakut remain predominantly East Eurasian in character. Those such as the Rumelian Turks have only a mildest of tinctures, if any, of East Eurasian ancestry. Those groups occupying the middle ground include most Central Asians, such as Uzbeks. I suspect some of the same applies to Indo-Europeans. Genetically there is little in common, but the tell-tales signs of genetic affinities will be eventually found. 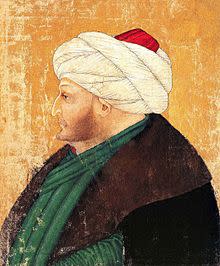 Conquering multiculturalists! In earlier ages the narrative of the rise of civilizations tended toward an explicit or implicit racial diffusionism. By this, I mean that in antiquity and the early medieval period potentates asserted lineages which went back to the ancient Greeks, Trojans or Hebrews. This established their legitimacy because the high civilization which Northern Europeans inherited had Mediterranean antecedents. In our more recent era more explicitly racialist narratives of Nordic hordes spilling out of the north have been bandied about. A working assumption in both these models is that

the purity of the vigorous herrenvolk of yore degrades over time.

Asabiyyah unwinds via natural processes. Moderns have turned their back on these narratives because they are legendary and unpalatable. Even believing Christians are unlikely to accept that the British royal family is of the lineage of king David. The heroes of Homer are simply not relevant to us due to the decline of the classical education. As far as the theories of Nordic superman, that sort of racial triumphalism went out of favor with the Nazis. In their place is an inchoate set of impulses, perhaps best articulated by the pots not people framework in archaeology. Rather than a broad framework there is a vague sentiment of cultural egalitarianism which fits uncomfortably with the rapid and explosive spread of "pots" periodically. But I am here to present a new model. One of mongrelization, hybridization, and synthetic vigor. The cultural elements of this model have been long present. The Ottoman Turks assimilated Armenian, Kurd, and Greek notables, so that the Sultans of the later years had little "Turkic" blood in them. But their language remained Turkic, and some aspects of their cultural mythology was grounded in their Central Asian origins. Today multiculturalism is often perceived to be an egalitarian ideology, but the Ottomans represent a more accurate historical instance. Though synthetic in origin they had a core self-identity which was domineering, expansive, and acquisitive. Those who did not assimilate to that self-identity were made to be subjects, with second class status. Today genetics is telling us that these long term connections and diffusions across Eurasia are very old. Modern Europeans seem to have a non-trivial quantum of East Eurasian ancestry. Many East Eurasian groups also exhibit the same pattern. Modern Indians are clearly a hybrid between a West Eurasian and South Eurasian set of populations. And these are simply the more distant genetic affinities which have been scrambled. Today Dienekes posted a translation of a German research project which documents the ethnic complexity of the Eurasian heartland thousands of years ago. Multi-layered complexity in the heartland has very antique roots. In Empires of the Silk Road Christopher Beckwith emphasizes that the free men of the steppe formed bonds of brotherhood which cross-linked them across ethnicity and family (e.g. Jamukha and Temujin). Perhaps these ideological paradigms predicated upon fictive kinship are a natural response of peoples whose origins are synthetic, and who can not fall back on implicit and traditional myths of identity. The massive polities of the Eurasian littoral had enough surplus worthy of stealing on the part of its rulers. In ancient Egypt pharaoh even had the whole land stolen for his own private property. This is what the brotherhood of the steppe craved, and this is what the often captured. How did they do this? As peoples with diverse origins from brought together from the antipodes of Eurasia perhaps their primary currency was in ideological toolkits which might allow for greater coordination and organization. While the rulers of the littoral societies viewed their peasant masses like an extractive resource, men such as Temujin and Atilla had be entrepreneurial, and always maximize the productivity of their human capital and operate as a lean organizational machine. They were the investment bankers of their age, plundering the human capital of distant lands, and binding them together toward one selfish purpose. Addendum: See The Geographic Pivot of History.