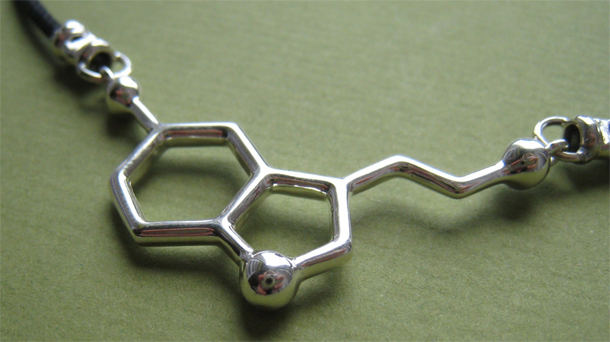 Would you prefer to have sex with males or females? It’s such a simple question, but a loaded one. Biologically, we know very little about what goes on behind such sexual choices, in humans or other animals. Socially, it's a question that can provoke fierce debate, social stigma, and psychological anxiety. Into this minefield steps a new study from Yan Liu and Yun’ai Jiang at Beijing’s National Institute of Biological Sciences. Here’s the simple version. They found that male mice lose their normal preference for female mice if they have low levels of serotonin – a hormone that carries signals in the brain. Instead, they try to mate with individuals of both sexes, in equal measure. Inject them with more serotonin, and you can restore their preference for females. The obvious conclusion is that serotonin affects the sexual preferences of mice. The obvious question is whether it also affects the sexual preferences of humans. And, as is often the case, it’s a little more complicated than that. Serotonin is no stranger to sexual behaviour. With lots of serotonin around, male mice lose interest in sex. Their libidos fall, they lose erections and they fail to ejaculate. If you kill the neurons that respond to serotonin, you can reverse these effects and restore the rodents’ sex drives. The same thing applies to humans. This is why people who take SSRIs – antidepressant drugs that raise levels of serotonin – often face a variety of sexual problems. Liu and Jiang wanted to extend this work to see if serotonin can also influence an animal’s choice of sexual partner.

Footnote: What do the scientists themselves make of the social implications of their work? I emailed Yi Rao, who led the study, with a set of questions covering both the social and technical sides of the paper. He replied simply with, “I believe that the scientific question we are addressing is broader than what the news media is focusing on now and time will tell what are the implications of our research.” When asked further about the scientific question he is trying to address, he added only, "The previous email will be my standard on-the-record reply." To some extent, I appreciate that jobbing scientists may be reticent to become embroiled in politically charged debates – I can understand that attitude, but I cannot support it. Science is not a hermetically sealed box. It’s mostly funded by public money and its results ripple through society. When your research has potential social implications, and when it can very easily be misinterpreted, it does no one any good to fling data from the ivory tower, while locking yourself in and drawing the curtains. Reference: Liu, Jiang, Si, Kim, Chen & Rao. 2011. Molecular regulation of sexual preference revealed by genetic studies of 5-HTin the brains of male mice. http://dx.doi.org/10.1038/nature09822

(Warning: apparently, this paper is not going to be published to coincide with the embargo lift. No word yet on when it will be available) More on serotonin: