The discovery of ancient rocks at a mid-ocean ridge suggests that if there are lost continents, remnants might still be there. 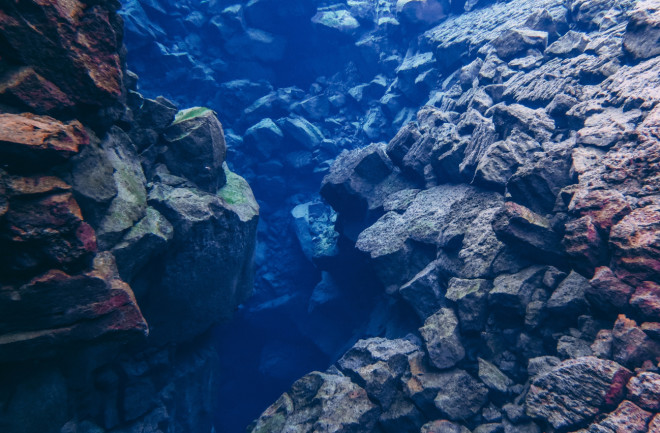 At mid-ocean ridges, bubbling magma escapes through rifts in the sea floor to form new crust. Below, partially melted, taffy-like mantle rock spreads in opposite directions — stretching the new crust until it forms an extensive valley system surrounded by ridges of hills and mountains.

These abyssal seascapes, not unlike landscapes found above sea level, are the last places that pieces of continents would be expected to turn up. Yet in a recent study published in Science Advances, researchers have discovered that it is indeed possible: Newly dated rocks from the Southwest Indian Ridge, located between Africa and Antarctica, are not only remnants of a continent; they are also old enough to support the hypothesis that much of Earth’s continents formed early on and became “lost” or hidden deep below Earth’s ocean crust.

Chuan-Zhou Liu, a marine geologist at the Chinese Academy of Sciences in Beijing, visited the Woods Hole Oceanographic Institute in 2017 to collect the rock samples dredged from the ridge previously. “I wouldn’t have suspected the rocks are from continents,” he says, “because they look like the ones you would typically find on the sea floor.”

His analysis showed the rocks are perhaps up to 2.7 billion years old — old enough to have been around when Earth’s first continents formed. Finding out which ancient continent they came from, however, is difficult.

Liu says convection currents in the mantle can transport large blocks of the earth’s crust, called cratons, over vast distances. One particular craton caught the researcher's attention: “There is evidence that the ‘keel’ of the Kaapvaal craton in South Africa has been dislodged,” he says.

Read More: The Origins of Plate Tectonics May Stretch Further Back in Earth's History

The Kaapvaal craton is the closest ancient continental crust to the Southwest Indian Ridge. But it’s also a whopping 1,200 miles away.

To have reached the ridge, Liu and his colleagues propose that plumes of hot, rising mantle rock beneath South Africa eroded the bottom of the craton, dislodging pieces that were then transported by convection currents to the ocean ridge. “There’s a lot of plumes under Africa because it was the center of the supercontinent Pangea that heated the mantle,” says co-author Ross Mitchell, a geophysicist at the same academy as Liu.

The researchers performed computer simulations and found that up to 20 percent of the Kaapvaal craton could have been removed in this way and recycled to the ocean rift in as little as 100 million years.

A Game of Hide and Seek

The discovery also provides insight into the evolution of Earth’s other continents. Traditionally, because there are few very old rocks at the surface, the continents are thought to have grown gradually. But now there’s another explanation: Maybe much of the continents formed early on and were recycled back into the mantle.

“If Earth once had voluminous continents, surely these ‘lost continents’ are hidden below the crust,” says Mitchell. The recycling of lost continents into the depths may have been possible thanks to plumes that were even hotter during Earth’s early history, he adds. “If it’s happening today, it would have really been happening back then.”

If these rocks are from lost continents, the researchers’ computer simulations suggest that there could be more at mid-ocean ridges. “Perhaps we haven’t discovered more because we didn’t know to look for them,” says Mitchell. For him, ocean ridges have suddenly become more attractive in the study of the evolution of continents. “I couldn’t imagine I would have a reason to go out to the middle of the ocean,” he says.

Even better, the ocean around the Southwest Indian Ridge is particularly rough. “Ross, get ready to pack your suitcase,” says Liu.