Lost Civilizations Found in the Jungle

Before the arrival of Europeans, the Amazon may have been a much different landscape, with millions of human inhabitants managing the land. 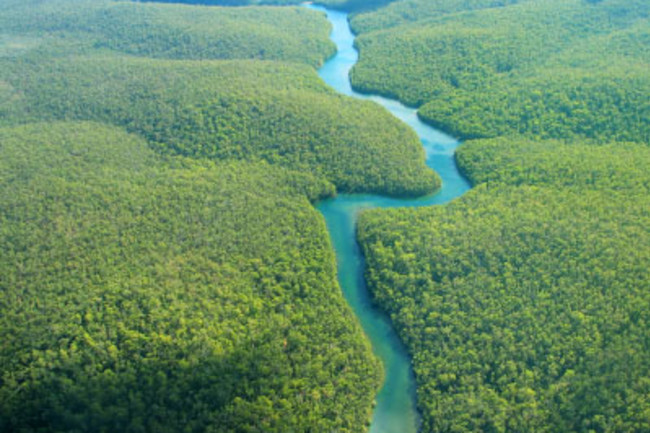 For generations, researchers dismissed the Amazon as a cultural desert, a jungle terrain too treacherous to support any civilization more sophisticated than nomadic tribes. But in recent years archaeologists have uncovered evidence of ancient, densely populated settlements throughout the basin, hinting at societies far larger and more advanced than previously thought.

Some of the most eye-opening new research comes from the western Amazon, where archaeologist Denise Schaan of the Federal University of Pará in Brazil has mapped clusters of mysterious land sculptures dug between 700 and 2,000 years ago. The purpose of the 269 circular and rectangular earthworks, scattered over a 15,000-square-mile area, remains unknown, but Schaan suspects they were ceremonial platforms (pdf). “These earthworks could only have been built by large, coordinated populations,” she says. Exactly how large is difficult to say. Based on analysis of the region’s charcoal-enriched sediment—which may have been intentionally or incidentally fertilized by human occupants—University of Wisconsin geographer emeritus Bill Denevan estimates that up to 9 million people may have lived in the 15th-century Amazon.

Although a jungle may seem an unlikely home for thriving civilizations, one researcher suggests that the ancient landscape could have been strikingly different. Archaeologist Augusto Oyuela-Caycedo of the University of Florida reports that remnants of corn and other crops in northeastern Peru indicate that large swaths of the region were actually gentle grasslands carefully managed by the inhabitants.