In 1994, a third of the lions in the Serengeti were killed off by a massive epidemic of canine distemper virus (CDV), an often fatal infection that affects a wide range of carnivorous mammals. Seven years later, a similar epidemic slashed the lion population in the nearby Ngorongoro Crater. While CDV was undoubtedly involved, the scale of the deaths was unprecedented. What was it about the 1994 and 2001 epidemics that claimed so many lives?

Now, a team of scientific detectives led by Linda Munson from the University of California Davis, have solved the mystery. It turns out that the lions' deaths were caused by a combination of viral infections, blood parasites and extreme climate changes. Heavy droughts had triggered a complex chain of events that left them riddled with an unusually high burden of parasites, a problem compounded by CDV infections, which depleted their immune system and left them vulnerable. It was a "perfect storm" of events that sealed their fate.

Munson's international team analysed blood samples that were taken from 510 lions between 1984 and 2007. They found that during this period, seven CDV epidemics had swept through the lion population, some of which infected 95% of individuals. However, five of these were silent and had little effect on the lions' death rates.

Munson's team discovered that the blood samples taken from lions during the two CDV epidemics had extraordinarily high levels of a blood parasite called Babesia. They found the same thing in samples collected just after the 2001 epidemic from 10 anaesthetised lions and two fresh carcasses. These lions were carrying some of the highest levels of Babesia ever measured, anywhere from 34-60 times the usual tally. Accordingly, the two carcasses showed signs of babesiosis, the malaria-like disease caused by a blood parasite called Babesia. 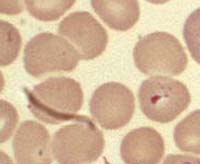 The two infections - Babesia and CDV - were clearly affecting each other. Lion prides that were infected with higher levels of CDV also had higher levels of Babesia and prides that were most afflicted by Babesia had the highest death rates. That makes sense, for CDV suppresses the immune system and would make lions more vulnerable to parasites. Indeed, the only pride that remained completely CDV-free in 1994 were not strongly affected by the parasite and didn't show any spike in deaths.

But even this partnership can't explain the scale of death in the two epidemics. During the silent epidemics, the lions' immune systems would also have taken a hit and yet, Babesia failed to run riot in their blood. Munson found that the missing piece of the puzzle was the environment.

The common factor that linked the two catastrophic epidemics was severe drought in the year before, followed by heavy rains. The 1993 drought in the Serengeti was the worst in over 40 years and the drought that hit the Ngorongoro Crater in 2000 was equally extreme. Droughts are good news for the blood-sucking ticks that spread Babesia, because the plant-eaters they feed on are weaker. It's less good for the plant-eaters, and in 2001, several black rhino died in the Crater due parasites transmitted by massive tick infestations.

Cape buffalo also suffered and; they are a high on the lions' menu. When the rains returned after both droughts, the buffalo became riddled with ticks and died off in large numbers. And that provided the lions with unprecedented helpings of tick-infested flesh. Munsons' team found that lions had much higher counts of Babesia if they fed off buffalo during the epidemics, and especially if they were also infected with CDV. Two prides that contracted CDV but didn't feed on buffalo in 1994, survived the epidemic with few parasites and few deaths. 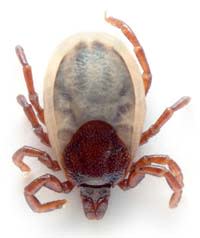 The study is a beautiful example of how an epidemic can be triggered by a multiple-whammy of different factors, including environmental changes and side-by-side infections. Drought weakened the herbivores, which left them vulnerable to ticks, which exposed lions to blood parasites, which ran rampant among bodies whose immune systems had already been suppressed by CDV.

Even more factors may have contributed to the lions' downfall, particularly in the Ngorongoro Crater. The animals there live in dense groups, ideal for the transmission of parasites. The Crater lions are very inbred and may be more susceptively to infections. Parasitic flies that cause skin ulcers in lions also flourished in the post-drought downpours. And human interventions in grass fires may have contributed to the rise in tick numbers in 2001 and a policy of controlled burning has since been put in place.

Similar webs of events may be happening elsewhere in the world. Since 2006, honeybees across Europe and North America have been mysteriously disappearing and last year, a breakthrough paper showed that this "colony collapse disorder" was caused by a virus. But it's unlikely that it acts alone. The scientists who made the discovery suggested that a blood-sucking mite could make honeybees more susceptible to infection by weakening their immune systems. Even the chemicals used to control the mites, as well as pesticides sprayed on pollinated plants, could add to the bee's health burden.

The big worry is that perfect storms like these will become ever more common as global warming leads to large shifts in climate. These changes have the potential to worsen the effects of existing diseases, expand their range or cause stable populations to succumb to combinations of disease that they cannot cope with.