Like the Birds and the Bees, Reindeer Can See UV 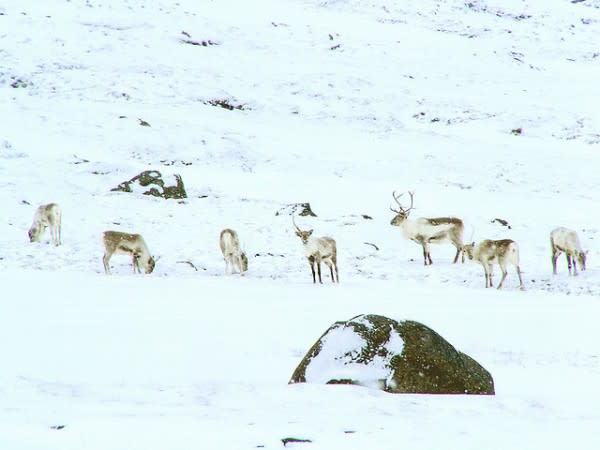 . Hanging about the UV-baked upper latitudes has made their special vision advantageous, since their favorite food, lichen, and their least favorite neighbor on the tundra, wolves, both absorb the light, scientists say. With the UV reflecting off snow all around, both their food and their enemies stand out. While this is a pretty rare talent among mammals, once upon a time, more of us could see the rays, reports Scientific American

UV vision actually has deep roots in the mammalian family tree: hundreds of millions of years ago early mammals had a short-wave-sensitive visual receptor, called SWS1, that could detect UV rays. That sensitivity is thought to have shifted toward longer waves—away from short UV wavelengths—because mammals were mainly nocturnal and UV vi­sion was of little use to them at night. This shared ancestral UV sensitivity may explain why a small yet diverse set of mammals has regained the ability to see UV light.

Read the rest at Scientific American