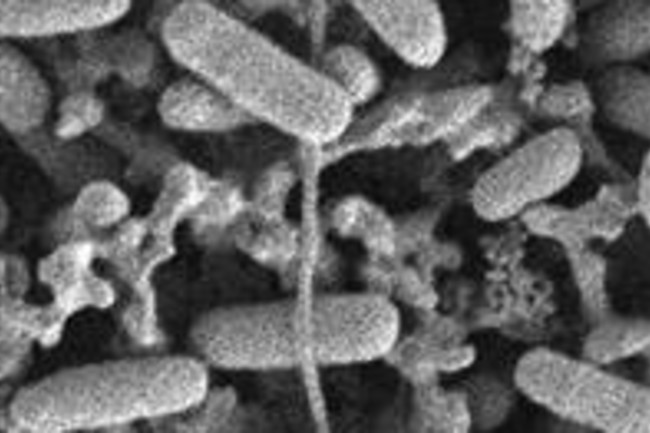 Back in 1986 a biologist named Cindy Lee Van Doverwas poking around the innards of shrimp from the bottom of the sea. They came from a hydrothermal vent in the Atlantic, where boiling, mineral-rich water came spewing up from cracks in the Earth’s crust and supported rich ecosystems of tube-worms, microbes, crabs, and other creatures. The animals that lived around these vents were generally blind, which wasn’t surprising considering that no sunlight could reach them. But Van Dover noticed that they had two flaps of tissue running along their backs that connected to nerves. Closer inspection revealed that the tissue was actually made of light-sensitive pigments and photoreceptors. What, Van Dover wondered, could these shrimp possibly be looking at. Dives to mid-ocean ridges later revealed that the vents produce a faint light of their own. In 1996 I wrote a story for Discover about Van Dover’s obsession with deep-ocean light. At the time she was fascinated by the possibility that vents might make enough light to support photosynthesis. The sunlight that reaches the Earth’s surface is a million times brighter than vent light, but scientists have found microbes 240 feet down in the Black Sea that can survive on an equally scanty supply of photons. But at the time it was just speculation. It is very cool to see that nine years later Van Dover hasn’t lost the obsession. In a paper just published in the Proceedings of the National Academy of Sciences, she and her colleagues report their discovery of photosynthetic bacteria living around deep-sea vents. On a cruise to the East Pacific Rise, the scientists bottled vent water and then took it to a lab to culture the microbes they had trapped. One species was able to grow only in the presence of light, which it absorbed with photosynthetic pigments. The researchers doubt that the microbes drifted into the bottles from somewhere else because they seem well-adapted to the vents. They feed on sulfur compounds that are spewed up through the vents. The water around the vents is poor in oxygen thanks to chemical reactions there, and the bacteria thrive in the absense of oxygen. The nearest place where the bacteria might enjoy these features is thousands of miles away from the vents. Over at Cosmic Log, Alan Boyle discusses what this discovery means for the search for life elsewhere in the universe. Short answer: photosynthetic organisms might be dwelling in the dark on other planets. I found myself thinking about another implication of the discovery, which I discussed in my 1996 article. Photosynthetic life may have existed on Earth 3.7 billion years ago, and scientists would like to know how the necessary chemistry for harnessing sunlight first evolved. Van Dover and her colleagues suggested that it might have gotten its start around hydrothermal vents. It could have evolved from a means for simply detecting light. Like shrimp, microbes don’t want to get too close to the water coming directly out of a vent because they’ll get fried. Over time, these bacteria might have evolved the ability to harness the energy of the light as well. Later, some of these deep-sea photosynthesizers might have been carried to shallower vents, where they might also be able to catch light from the sun. From these migrants came the sunlight-harnessing molecules that allow bacteria to consume trillions of tons of carbon. Some algae acquired this machinery as well, probably by eating photosynthetic bacteria, and they in turn gave rise to land plants. In other words, our forests and lawns got their start at the bottom of the sea. These newly discovered bacteria don’t clinch this argument by any means. They are not living fossils unchanged for four billion years. But they at least show that a key part of this evolutionary scenario is plausible: that photosynthetic organisms can survive around deep-sea vents. That’s certainly an idea that nobody thought of before Van Dover began poking around in dead shrimp.