Let's Do Launch: How NASA & Private Space Cos. Can Tame the Final Frontier Together 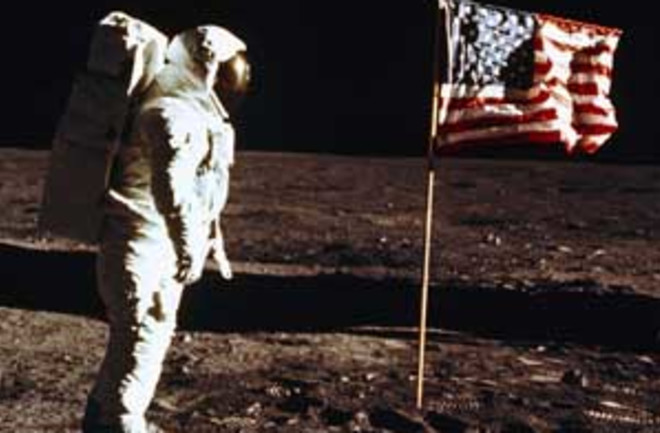 In the late 1500s, merchants in England sought to ply the waters around Africa in an attempt to set up trade relation s with India. In a few years several trips were made, and, on literally the last day of the 16^th century, they were granted a charter by the Queen to incorporate, given free rein to trade with the East. This was not done in a vacuum, however. For well over a century European explorers had been laying the groundwork (OK, seawork) for this effort. Sponsored by their various governments, they explored the oceans and improved the technology and techniques needed for this to get done. At the time, this would’ve been impossible for private companies---too risky, and too expensive---so governments did the job. National pride was at stake, as well as military and trade advantages. Like sea travel, space travel is not done in a vacuum---except in the literal sense. Like terrestrial exploration centuries ago, it's expensive, difficult, technologically cutting-edge, and dangerous. For a young company, or even an established one, a single mistake could cost them a vast portion of their revenue, bankrupting them. In the video below [starting at 14:50], astronomer and space advocate Neil deGrasse Tyson makes this case. It’s something I’ve argued many times as well. There are things governments, with deep pockets as well as other vast resources, can do that private business cannot. Starting a space program is an excellent example! Certainly, when the US joined the space race in the 1950s, successes were few and failures common. But as NASA learned how to do it better, that ratio flipped, and less than 12 years after the first satellite was launched into space, men were walking on the Moon. Ironically, just three years later, the United States retreated from that lofty exercise. Politics and public opinion turned NASA toward the Space Shuttle, destined to orbit the Earth and no more, instead of pushing humanity farther out into solar system. This was, in my opinion, a huge mistake. The Shuttle had early promise of getting to orbit cheaper, safer, and more efficiently…but honestly, when has the government done anything efficiently? It’s simply not something governments are designed to do. But it’s precisely what private industry must do, to stay competitive. Breaking new ground (or, I suppose, space) is best done by governments; it’s difficult if not impossible for private industry to take on that kind of load. But once that path is cleared, then it’s time for private industry to step in, making it more efficient, cheaper, and profitable---something difficult if not impossible for government to do. In a sense, we are at the same point we were in the 1960s, when the balance of success and failure was precarious. Back then NASA strode through that point, forced the balance to tip, and humans set foot on another world. Since then, though, our pace has slowed. But private companies are beginning to take that one small step. SpaceX has launched a rocket into orbit and brought the first commercial craft back from space safely, and may in the next 2–3 years be able to put humans into orbit. Virgin Galactic promises to be launching humans into sub-orbital flights in the next year. Bigelow has already put inflatable habitats in orbit, with an eye toward---seriously---the space hotel industry. SpaceDev is working on a reusable Shuttle-like transport to orbit. The list goes on. We are, at this very moment, at the time where the pace must be set. We are at the line where the risky exploration phase of space exploration makes way for our mastery of it, where we can do it more efficiently and cheaply. This can go either way. This new industry wants to boldly go, but it’s still taking shaky footsteps. These private ventures still need government help, and NASA does in fact have commercial agreements in place with various companies to help them explore space. However, NASA’s funding is still on the chopping block, and it’s unclear what the future holds. With NASA’s budget being hammered out by Congress even as you read this, 23 astronauts felt strongly enough to write a letter to the government, asking them to make sure NASA has the money it needs to partner with private industry. For Americans, NASA was once synonymous with innovation and inspiration. It lost that because it misstepped, faltered, turned its back on the adventure and embraced the mundane. It lost its way. But it’s time for NASA to move forward once again, to take the risks, make the bold steps, pave the way. Once that path is there, private companies can then come in and do what’s necessary to keep the roadway open. History is filled with governments taking that first giant step. But it’s also filled with failed ventures where governments missed their chance to partner with private companies so that both could do what they’re best at doing. With space travel, we’re at that precise moment in time right now. It’s time once again to walk the walk.