Leaping to a bigger brain 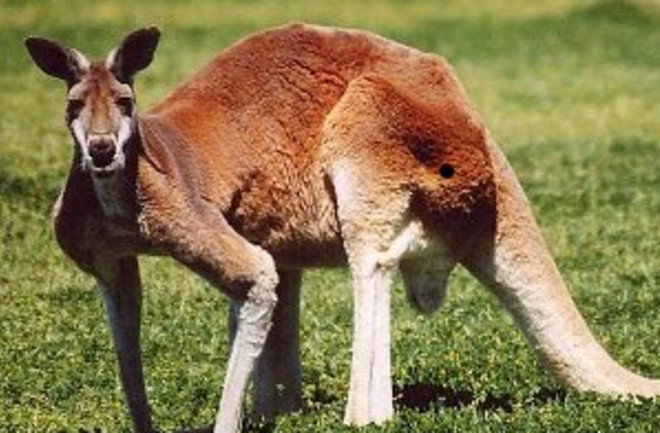 Years ago an evolutionary biologist mentioned to me almost offhand that with the emergence of genomics and the necessity to master computational techniques a lot of the labor hours which may have gone into a more thorough understanding of specific organisms had gone by the wayside. He believed that his Ph.D. advisor was going to take a lot of knowledge with him when he retired because there was just no time to devote to discussing details of specific organismic life history, anatomy, and behavior. I obviously think that the sacrifice has been worth it, the new methods are powerful and answer long standing questions (or hold promise to do so), but something has no doubt been lost. Biological variation is such that a gestalt "big picture" sense of the lay of the land is useful. Much of biology is a historical science, and like history the details are of the essence. But unlike history biology is a natural science, and amenable to experimentation and observation, as well as laced with a more thorough formalization (yes, I am aware of cliometrics). The mileage one gets out of theory in biology is far greater than in history, as evidenced by the high prestige of an evolutionary framework, and the obscurity of cliodynamics (and the relative marginal reputation of Arnold Toynbee). But evolution purely as logic often fails. The old debate between the balance & classical schools in evolutionary genetics was upended by empirical findings in molecular evolution in the 1960s, which subsequently stimulated neutral theory. Natural science has to extend itself through a long-term dance between system building and empirical verification or falsification. The seeds of new systems don't come from a vacuum, rather, the prior set of observations and experiments lay the groundwork and serve as points of embarkation.

The combination of biology's variation and its reliance on theories, heuristics, and rules-of-thumb (e.g., 19th century biology's love affair with "laws"), often leads to perplexing surprises when a more systematic or deeper read of the data flies in the face of expectations. So it is with a new paper in PNAS which upends some specific relationships between mammalian characteristics and encephalization, as well as some more general prejudices. Brain size, life history, and metabolism at the marsupial/placental dichotomy:

The evolution of mammalian brain size is directly linked with the evolution of the brain's unique structure and performance. Both maternal life history investment traits and basal metabolic rate (BMR) correlate with relative brain size, but current hypotheses regarding the details of these relationships are based largely on placental mammals. Using encephalization quotients, partial correlation analyses, and bivariate regressions relating brain size to maternal investment times and BMR, we provide a direct quantitative comparison of brain size evolution in marsupials and placentals, whose reproduction and metabolism differ extensively. Our results show that the misconception that marsupials are systematically smaller-brained than placentals is driven by the inclusion of one large-brained placental clade, Primates. Marsupial and placental brain size partial correlations differ in that marsupials lack a partial correlation of BMR with brain size. This contradicts hypotheses stating that the maintenance of relatively larger brains requires higher BMRs. We suggest that a positive BMR–brain size correlation is a placental trait related to the intimate physiological contact between mother and offspring during gestation. Marsupials instead achieve brain sizes comparable to placentals through extended lactation. Comparison with avian brain evolution suggests that placental brain size should be constrained due to placentals’ relative precociality, as has been hypothesized for precocial bird hatchlings. We propose that placentals circumvent this constraint because of their focus on gestation, as opposed to the marsupial emphasis on lactation. Marsupials represent a less constrained condition, demonstrating that hypotheses regarding placental brain size evolution cannot be generalized to all mammals.

The prejudice, which they mention in the text, is that marsupials are relatively small-brained vis-a-vis placentals. Though modern biology long ago rejected an explicit Great Chain of Being, I still think it is very hard to avoid the implicit working model that marsupials are somehow fundamentally inferior to placentals, and their stronghold in Australia and Melanesia is a manner of historical contingency (I believe this is an outgrowth of natural anthropocentrism). Additionally the authors claim that the fixation on kangaroos and their relatives as the exemplary marsupials has also given an improper impression of the clade's encephalization. Similarly, the inclusion of primates distorts the overall perception of encephalization among placentals. The first figure makes clear as a descriptive matter the reason for our misimpression. I've reedited and labeled for clarity.

Phylogenetic generalizations are naturally sensitive to the clades you are evaluating across. Prior to reading this paper my own understanding was that placentals were invariably larger-brained for their body size than marsupials. This is true still. But to a great extent this is simply an outcome of the placement within the placental clade of primates, a group which is atypical for mammals as a whole, placental or marsupial. Next they looked at the log-transformed values of three traits against body mass in grams. I've rotated the figure, but you see panel A, B, and C, brain weight, BMR, and gestation + weaning age.

Biological organisms are constrained to some extent by physical parameters, so all mammals follow roughly the same scaling trends. But, there are differences between placentals, marsupials, and monotremes. Interestingly smaller marsupials, those below 43 grams, are more encephalized than placentals of the same size. Placentals tend to have somewhat higher basal metabolic rates, BMR, than marsupials, and especially monotremes. Finally, the last figure shows a looser trend line with a larger residual. I suspect it's because it is more about life history than a concretely physical parameter. In any case, here marsupials are above the placental trend line, in large part because marsupial young have a long phase of dependence on the mother after birth. In contrast placentals invest much more time and energy on gestation. This period is especially important for the question of encephalization, since so much of brain growth and development occurs during this early phase. The third figure and the first table show the partial correlations between the traits of interest, and the regression slopes for the various traits in terms of their prediction of encephalization. I've reedited the figure and table a bit, including only the phylogenetically corrected regression. Filled arrows indicate positive correlations, and open arrows negative ones. The partial correlations are separate also for marsupials and placentals:

A quick scan of the regression table shows that marsupials and placentals seem to show very different relationships between the predictors and encephalization. BMR is predictive of encephalization in placentals, and explains about ~10% of the variation (the r-squared). There is no statistically significant relationship in marsupials. Rather, ~20% of the variation in encephalization in marsupials is predicted by weaning age. Knowing what we know about marsupials, that they have relatively short gestations and long periods of dependence on maternal provisioning through lactation, this seems unsurprising. Weaning age is important in placentals, but less so. Rather, some of the "slack" seems to be taken up by gestation amongst them. Litter size is a strong negative predictor of encephalization. This seems to follow our intuition. There's a trade off between quality and quantity of offspring. It isn't just placentals and marsupials that the authors contrast in this paper. They bring up another vertebrate lineage which has evolved toward relatively large brains and high basal metabolic rates: birds. Like marsupials the correlates of greater encehpalization among birds seems to be rather different from placentals. This is fundamentally a story of different strokes. Next I'd like to see cephalopods added to the equation! Rather than going into the details any further, let me jump to the conclusion:

Our results confirm several hypotheses of mammalian brain size evolution—in particular, the prediction of the maternal energy hypothesis that large-brained mammals with lower BMRs should have extended maternal investment times. In addition, our inclusion of marsupials provides further insight into the patterns of mammalian brain size evolution by showing that placental brain size evolution represents a unique case among mammals, connected with the placental reproductive emphasis on gestation. Based on this, several avenues for further research arise. If BMRs exceed brain maintenance rates in extant mammals, investigation of brain size in mammalian ancestors will provide clues as to when (and perhaps how often) the minimum BMR to allow a mammalian-sized brain evolved. Due to the close interaction between reproduction related brain size correlates and brain ontogeny, an improved understanding of brain growth and structural development patterns in species with different reproductive strategies emerges as another important area of future research. Our results emphasize that factors influencing the evolution of brain size are complex and emerge from fields that are traditionally researched separately, such as physiology, developmental biology, zoology, and paleontology. The integration of such interdisciplinary research represents the most appropriate avenue for providing a comprehensive evolutionary background for neurobiological research.

What if some of what you knew was wrong? To me if this paper checks out that's going to be a take home for me. I simply assumed that placentals were highly encephalized in relation to marsupials. That seems not to be the case. Additionally, it seems that the trait level correlations of encephalization vary by phylogenetic clade, so that there are different ways to ascend the peaks of the big-brained. I take a deep interest for a very human reason, this figure generated by Luke Jostins:

The figure shows the encephalization over time of various human lineages. In particular, it shows that disparate branches of the human family tree were all simultaneously increasing their cranial capacities until about ~200,000 years ago. Why? To understand, or at least generate some plausible explanations, we need to get a better grasp of encephalization across mammals, and further out across the animal kingdom. Recall that new systems emerge from previous patterns of observations. Primates are already the outliers among placental mammals, and we are the outliers among primates. Something very strange has been going on across our lineage for the past two million years, and we don't quite know yet. Don't tell Robert Wright, but I'm beginning to wonder if humanity was inevitable. At least after a certain point. Citation:

Weisbecker V, & Goswami A (2010). Brain size, life history, and metabolism at the marsupial/placental dichotomy. Proceedings of the National Academy of Sciences of the United States of America PMID: 20823252