New research finds that the story of this ancient site is far deeper than we thought — literally. 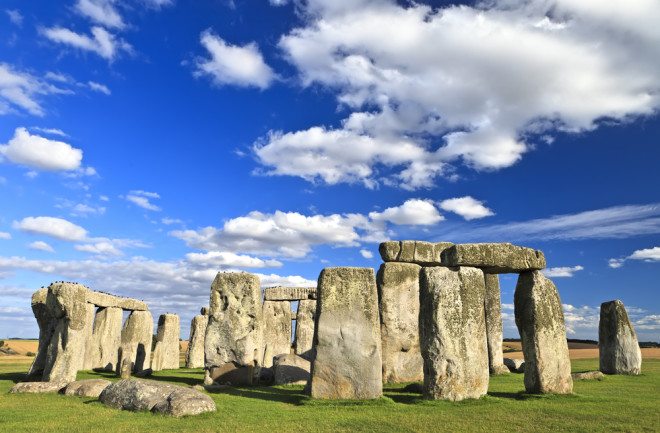 Stonehenge was constructed more than 4,600 years ago, but its mysterious aura continues to fascinate scientists and Druids alike. Now, new research finds that the story of this ancient site is far deeper than we thought — literally.

British researchers used high-tech archaeological sensing techniques to reveal hundreds of new features hidden beneath the dirt in lands surrounding Stonehenge, including 17 previously unknown circular monuments. Far from a solitary structure, Stonehenge appears to have been just one part of a much larger landscape of shrines. The results are being announced in a BBC feature to air tonight.

The archaeological team used six different techniques to scan a 4.5-square-mile swath of land around Stonehenge, both by air and land, beginning in 2010. Magnetometers and ground-penetrating radar allowed researchers to compile three-dimensional information about structures hidden beneath the dirt. From the sky, laser scanning built precise topographic maps of the ground’s surface.

They also found evidence of uses that predated Stonehenge itself. Prehistoric pits, burial mounds and a long “barrow” (a wooden building likely used for “defleshing” the dead in preparation for burial) were among the features discovered underground. You can learn more about their project and findings online.

Researchers believe the entire Stonehenge landscape developed over the past 11,000 years. They plan to continue poring over data to further understand the history and evolution of one of the world’s most intriguing sites.

In addition to the stuff of ancient history, their investigation also revealed a few modern relics. Surveys produced detailed maps of practice trenches dug around Stonehenge by troops preparing for World War I, as well as the remnants of a military airbase used by the Royal Flying Corps.

Stonehenge, the 4,600-year-old gift that keeps on giving.